31 JULY 2010 - PHOENIX, AZ: LEAH CARNINE is hoisted onto their shoulders by supporters upon her release from the 4th Ave Jail in Phoenix Saturday. She was one of the last protesters arrested Friday night for blockading one of the Maricopa County Sheriff's buildings Friday during a crime sweep. She was held in the jail for 20 hours. The last of the people arrested in Phoenix for protesting against Arizona's tough anti-illegal immigration law, SB 1070, were released from the 4th Ave Jail in Phoenix, AZ, Saturday morning. More than 60 people have been arrested for various charges related to peaceful protests that have been held across the city during marches and demonstrations against SB 1070 and Maricopa Sheriff Joe Arpaio's controversial crime sweeps which take place in heavily Hispanic neighborhoods. Photo by Jack Kurtz 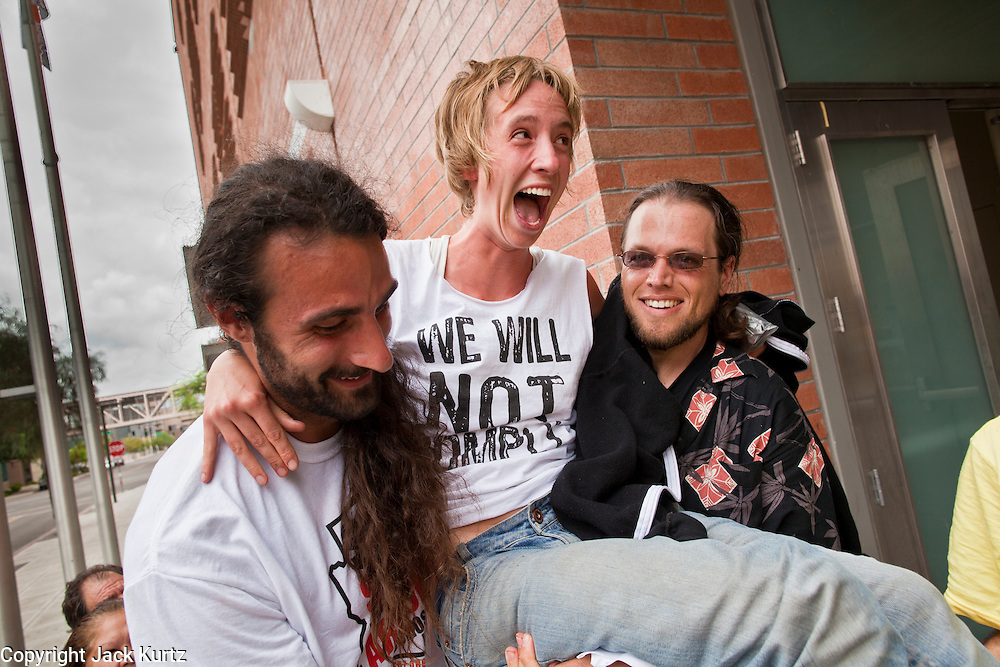