13 SEPTEMBER 2013 - BANGKOK, THAILAND: Blue dye goes down the drain after it was used to dye a batch of silk threads in workshop in a home in the Ban Krua section of Bangkok dyes silk threads. After the threads are dyed they are woven into silk. Many of the silk making families in Ban Krua are Cham Muslims from Cambodia who settled in Bangkok in the early 19th century after Rama I, the King of Siam at the time, offered them land in exchange for their services in a war against the Khmer (Cambodia) empire. The late Jim Thompson, founder of Jim Thompson Thai Silk, first made the silk weavers famous when he bought most of his silk from them. PHOTO BY JACK KURTZ 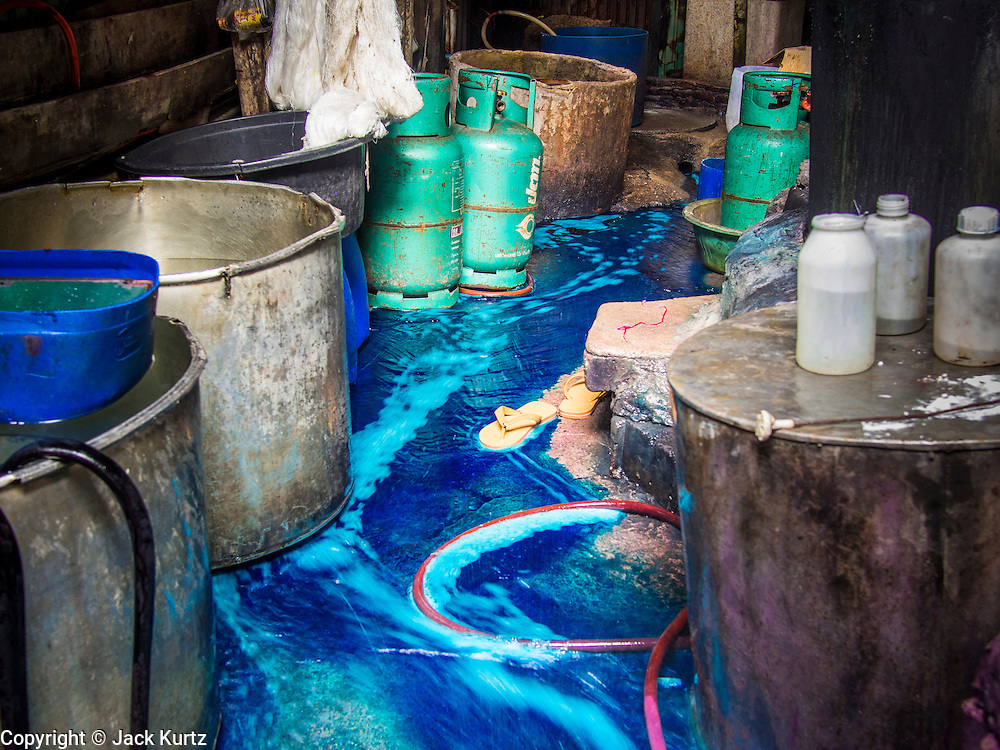