18 SEPTEMBER 2011 - NEW YORK, NY: A weeping man is comforted at a memorial in Union Square for people killed in the WTC attacks in New York City, Sept 18, 2001. More than 2,900 people were killed when terrorists, thought to be affiliated with Osama bin Laden, hijacked and crashed two passenger jets into the twin towers on the southern tip of Manhattan on Sept 11, 2001. Thousands of memorials for the dead and missing have been built in lower Manhattan, many of them in Union Square. PHOTO BY JACK KURTZ 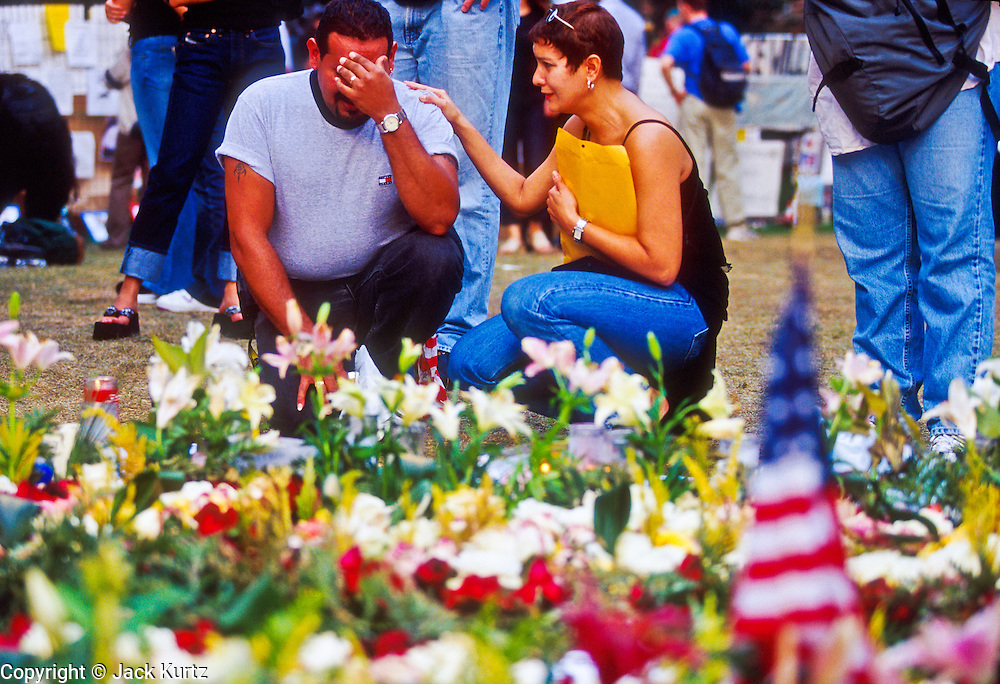