07 MARCH 2017 - KATHMANDU, NEPAL: A Buddhist monk places a prayer shawl around a lay person's neck during the consecration ceremony at Boudhanath Stupa. Boudhanath Stupa, the most important Buddhist site in Nepal and a popular tourist attraction, was consecrated Tuesday in a ceremony attended by thousands of Buddhist monks and Buddhist people from Nepal and Tibet. The stupa was badly damaged in the 2015 earthquake that devastated Nepal. The stupa, which reopened in November 2016, was repaired in about 18 months. The repair was financed by private donations raised by international Buddhist organizations. PHOTO BY JACK KURTZ 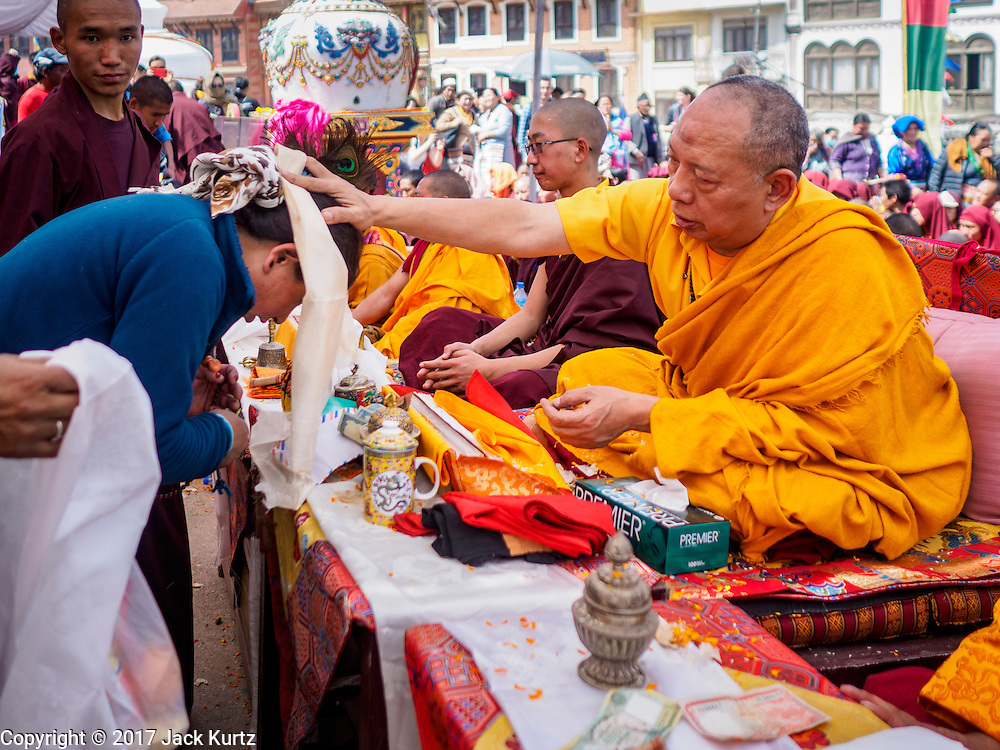