26 MARCH 2012 - PHOENIX, AZ: BILL BOYLE, a comedy writer, holds up a sign in honor of Phyllis Diller during a topless protest march in Phoenix. About 40 people marched through central Phoenix Sunday to call for a constitutional amendment to give women the same right to go shirtless in public that men have. The Phoenix demonstration was a part of a national Topless Day of Protest. Phoenix prohibits women from going topless in public so protesters, women and men, covered their nipples and areolas with tape. The men did it to show solidarity with the women marchers. PHOTO BY JACK KURTZ 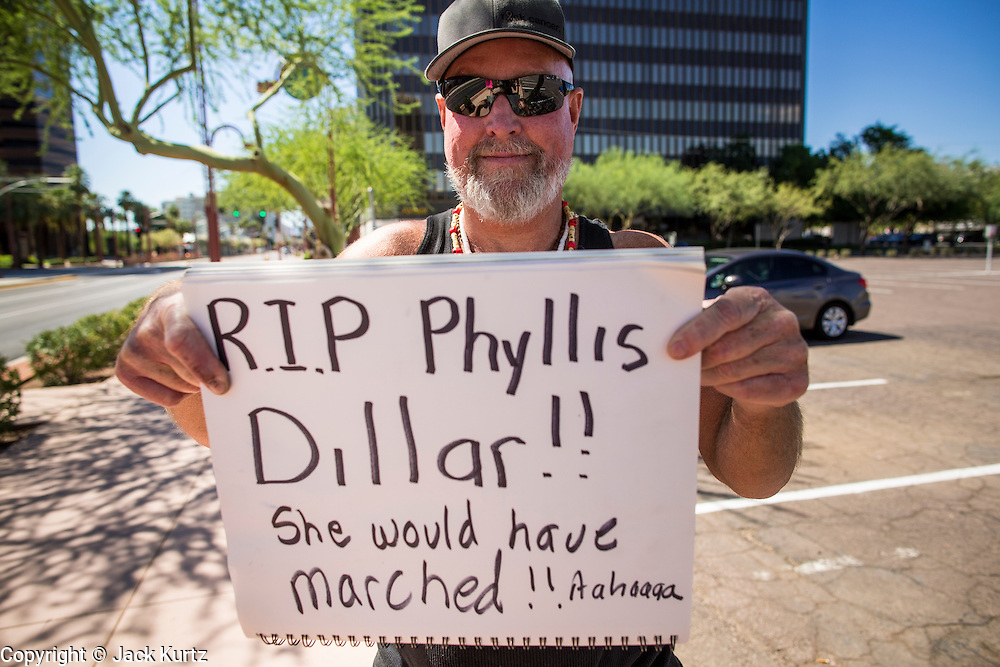