18 AUGUST 2012 - PHOENIX, AZ: REGINA JEFFERIES, an immigration lawyer and chairman of the Immigration Section of the Arizona Lawyers Association, talks to young people about the "deferred action" program during a deferred action workshop in Phoenix. More than 1000 people attended a series of 90 minute workshops in Phoenix Saturday on the "deferred action" announced by President Obama in June. Under the plan, young people brought to the US without papers, would under certain circumstances, not be subject to deportation. The plan mirrors some aspects the DREAM Act (acronym for Development, Relief, and Education for Alien Minors), that immigration advocates have sought for years. The workshops were sponsored by No DREAM Deferred Coalition. PHOTO BY JACK KURTZ 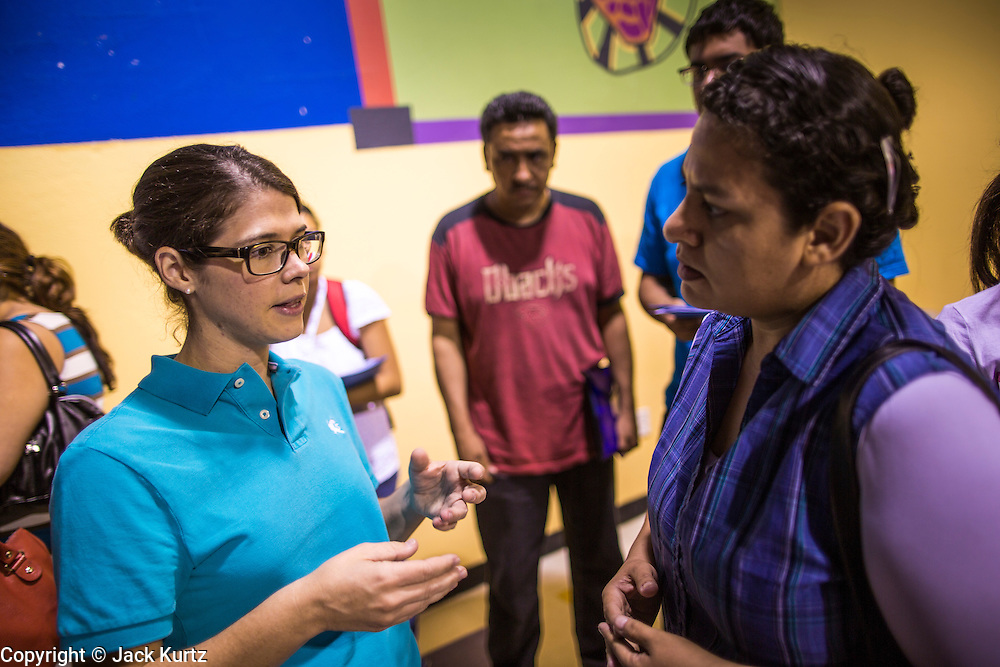