23 FEBRUARY 2014 - NAKHON RATCHASIMA (KORAT), NAKHON RATCHASIMA, THAILAND: A Buddhist monk listens to Red Shirt speakers while people walk in and out of the Red Shirt meeting in Korat. The United front of Democracy against Dictator (UDD or Red Shirts), which supports the elected government of Yingluck Shinawatra, staged the “UDD’s Sounding of the Battle Drums” rally in Nakhon Ratchasima (Korat) to counter the anti-government protests that have gripped Bangkok since November. Around 4,000 of UDD’s regional and provincial coordinators along with the organization’s core members met at Liptapunlop Hall inside His Majesty the King’s 80th Birthday Anniversary Sports Complex in Korat to discuss the organization’s objectives and tactics against anti-government protestors, which the UDD says “seek to destroy the country’s democracy.” The UDD leadersa announced that they will march to Bangkok and demonstrate against anti-government protests led by Suthep Thaugsuban. PHOTO BY JACK KURTZ 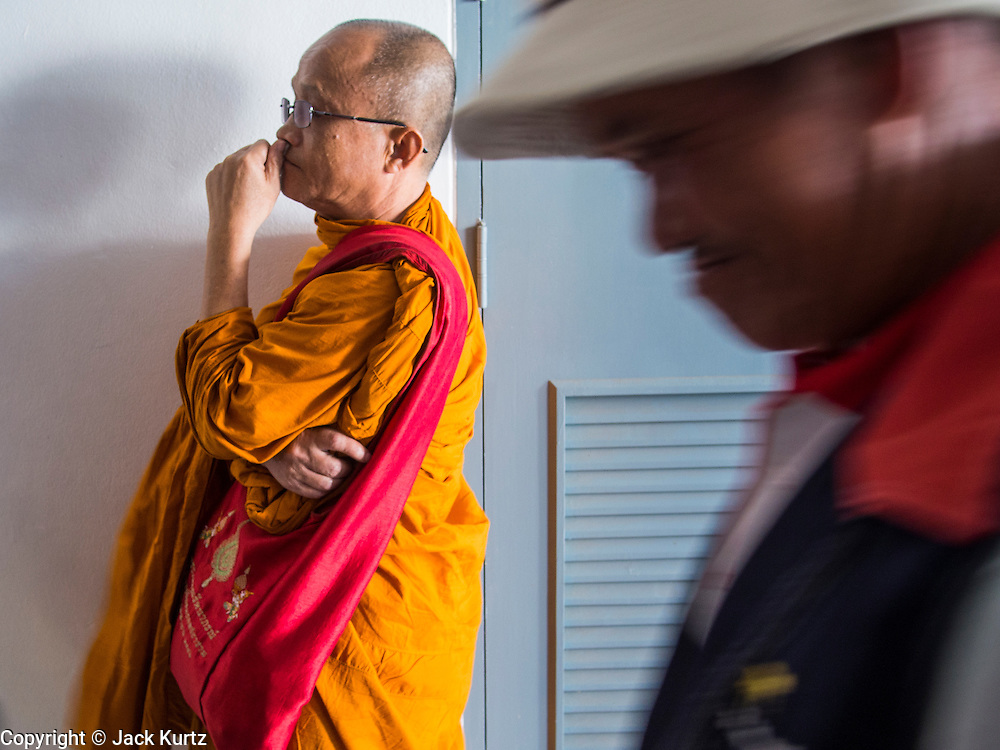