15 AUGUST 2012 - PHOENIX, AZ: Sen JOHN MCCAIN holds up a direct mail piece sent out Rep David Schweikert against Schweikert's opponent Ben Quayle. McCain called the piece one of the lowest pieces of political advertising he had ever seen. Arizona's Republican US Senators, John McCain and Jon Kyl, announced their endorsement of Congressman Ben Quayle (R-AZ) during a press conference in Phoenix Wednesday. They decried the campaign being run by Quayle's opponent, Congressman David Schweikert (R-AZ). Both Quayle and Schweikert are freshman Congressmen from neighboring districts. They were thrown into the same district during the redistricting process and are now waging a bitter primary fight against each other. PHOTO BY JACK KURTZ 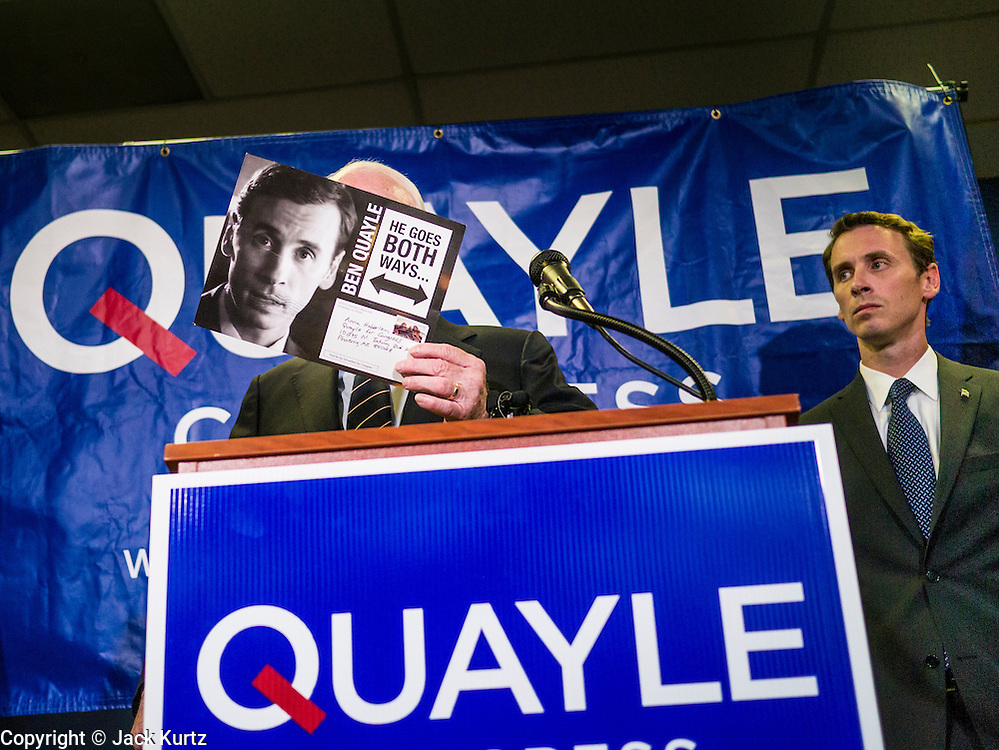