17 AUGUST 2013 - BANGKOK, THAILAND: Members of a Dragon dance troupe relax between performances at Erawan Shrine in Bangkok. The Chinese Dragon Dance began during the Han Dynasty which lasted from 206 BC to 24 AD. In those ancient days it was performed by the people of China specifically to please their ancestors and to insure sufficient rain for a plentiful crop. In this way they hoped to protect against hunger and sickness. Over time the Dragon Dance became a central feature in Chinese celebrations with different colors symbolizing different characteristics or desired features; red for excitement, green for a good harvest, yellow for a solemn empire and gold or silver for prosperity. The Dragon Dance is a well-choreographed event whose difficulty is dependent upon the performers’ skill. The length of the dragon indicates just how much luck it will bring in the coming year, but a longer dragon requires more performers with great skill as an error by one can ruin the entire performance. The dragon is typically between 82 and 229 feet long. The head along can weigh as much as 31 pounds. Both strength and skill are both required in performing the Chinese Dragon Dance. PHOTO BY JACK KURTZ 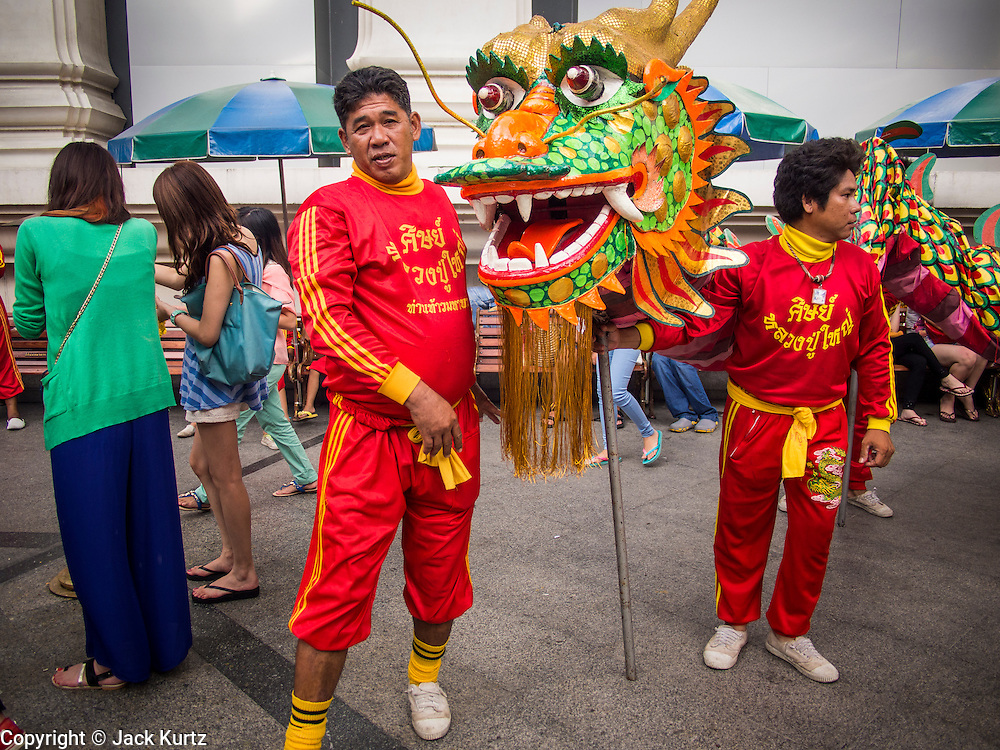