21 DECEMBER 2012 - SINGAPORE, SINGAPORE: International bank and financial services buildings overlook the statue of Sir Stamford Raffles located on the north bank of the Singapore River, where Raffles originally landed in Singapore. The polymarble statue was unveiled in 1972 and was made from plaster casts of the original 1887 figure that currently stands opposite Victoria Concert Hall.The Raffles' Landing Site is the location where tradition holds that Sir Stamford Raffles landed in on 29 January 1819. The site is located at Boat Quay within the Civic District, in the Downtown Core of the Central Area, Singapore's central business district. PHOTO BY JACK KURTZ 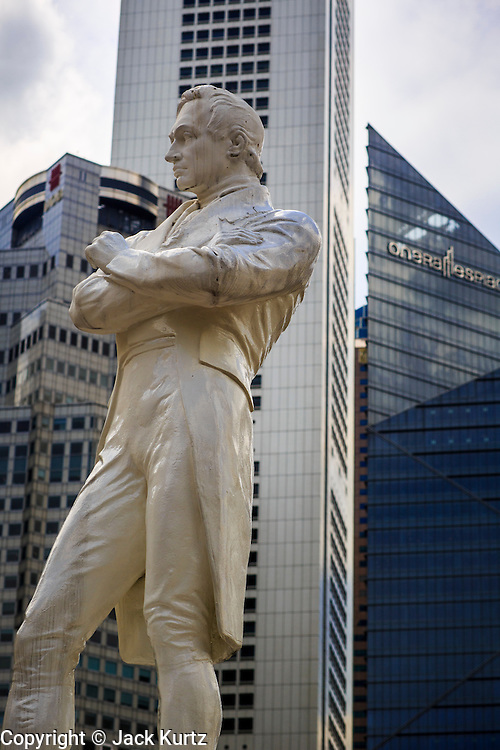