07 OCTOBER 2003 -- TAPACHULA, CHIAPAS, MEXICO: Border crossers from Central America are searched by a Mexican Grupo Beto officer in the train yards in the Mexican town of Hidalgo, near Tapachula, hoping to hop the freight trains north on their way to the US. Tapachula is center of the smuggling industry between Mexico and Guatemala. Consumer goods are smuggled south to Guatemala (to avoid paying Guatemalan import duties) and people are smuggled north into Mexico. Most of the people coming north are hoping to eventually get to the United States. PHOTO BY JACK KURTZ 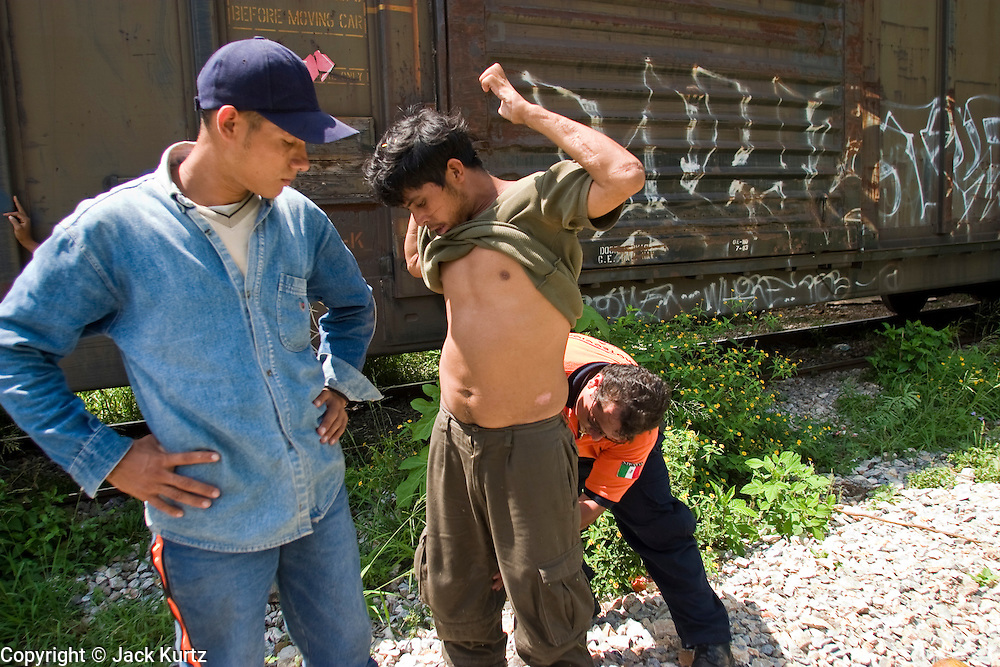