04 OCTOBER 2017 - CHONBURI, CHONBURI, THAILAND: A man carries a portrait of His Majesty King Maha Vajiralongkorn Bodindradebayavarangkun, the new King of Thailand, in the parade before the races. Contestants race water buffalo about 100 meters down a muddy straight away. The buffalo races in Chonburi first took place in 1912 for Thai King Rama VI. Now the races have evolved into a festival that marks the end of Buddhist Lent and is held on the first full moon of the 11th lunar month (either October or November). Thousands of people come to Chonburi, about 90 minutes from Bangkok, for the races and carnival midway. PHOTO BY JACK KURTZ 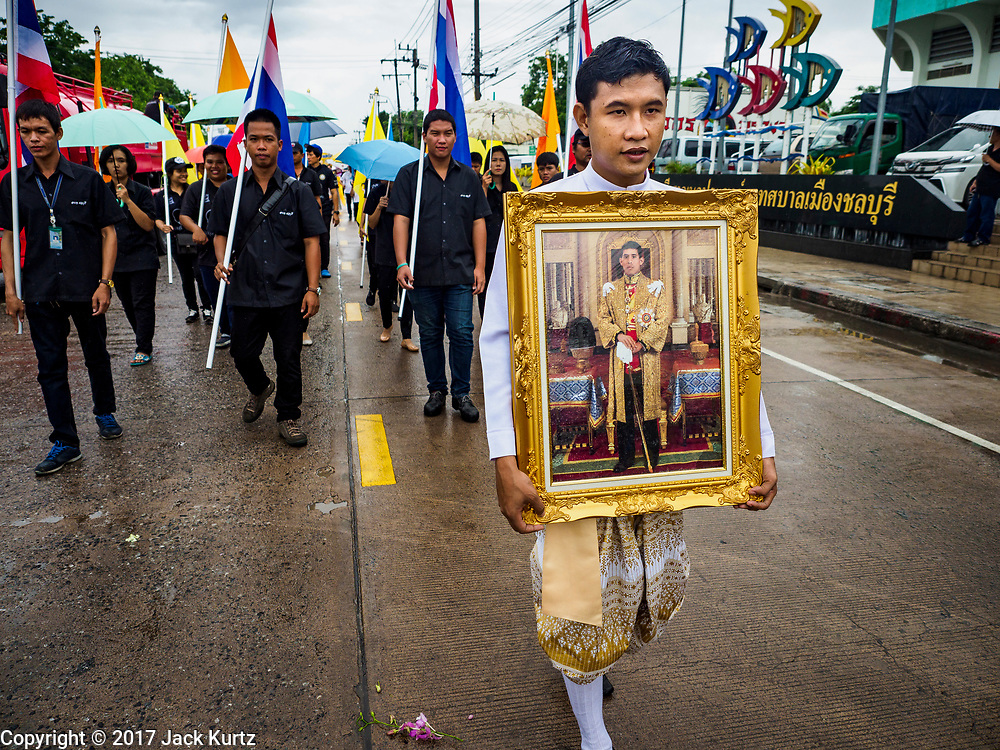