04 JULY 2020 - DES MOINES, IOWA: DONIELLE WANATEE, a member of the Thunder Clan of the Meskwaki Nation, talks about the stereotypical depiction of Native Americans in artwork in Iowa State Capitol. She is speaking in front of the Pioneer Statuary Group, which Native Americans say has a Native American depicted as being subservient to White pioneers. The statue was started in 1890 and finished in 1892. It was one of the first monuments on the grounds of the Capitol. Hundreds of people came to the grounds of the Iowa State Capitol to protest against and in favor of historic monuments on the capitol grounds. Several hundred people protested against a monument to Christopher Columbus and the stereotypical depiction of Native Americans on the capitol grounds. About 50 people came to the capitol to rally in support of the monuments. The protest against the monuments was organized by Seeding Sovereignty, a collective of indigenous women. The rally to defend the monuments was organized by an Iowa chapter of Three Percenters. PHOTO BY JACK KURTZ 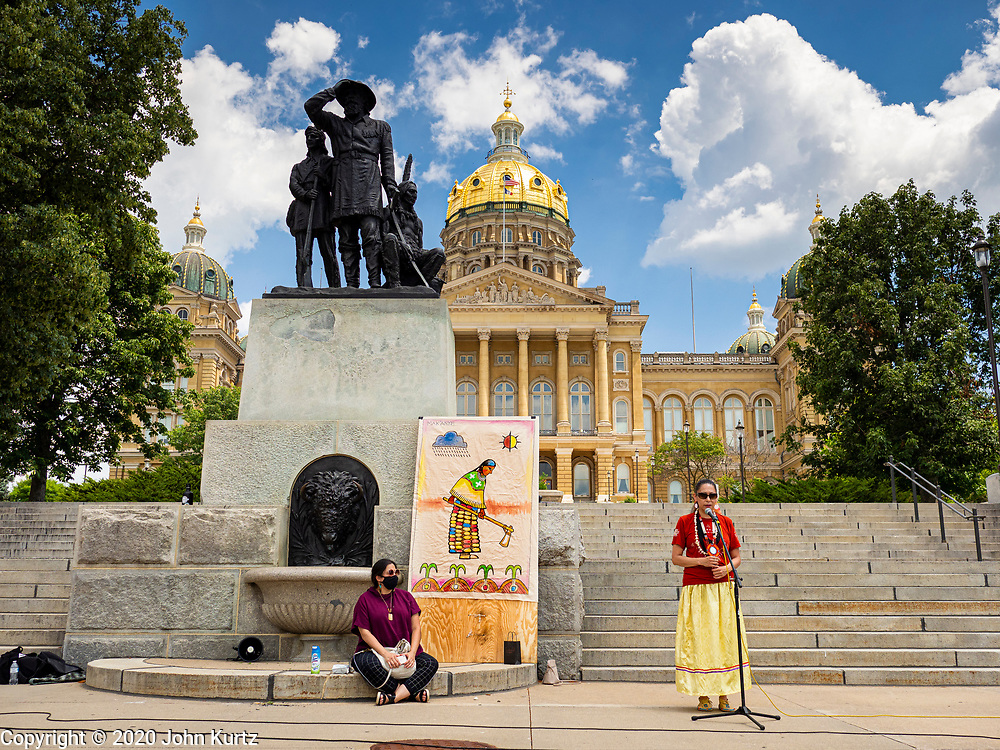