25 MAY 2013 - MAE SOT, TAK, THAILAND: A Burmese woman carries water from the Moei River up to her village, an unofficial community of Burmese refugees north of Mae Sot, Thailand, on a narrow strip of land about 200 meters deep and 400 meters long that juts into Thailand. The land is technically Burma but it is on the Thai side of the Moei River, which marks most of the border in this part of Thailand. The refugees, a mix of Buddhists and Christians, settled on the land years ago to avoid strife in Myanmar (Burma). For all practical purposes they live in Thailand. They shop in Thai markets and see their produce to Thai buyers. About 200 people live in thatched huts spread throughout the community. They're close enough to Mae Sot that some can work in town and Burmese merchants from Mae Sot come out to their village to do business with them. Fifty years of political turmoil in Burma (Myanmar) has led millions of Burmese to leave their country. Many have settled in neighboring Thailand. Mae Sot, on the Mae Nam Moie (Moie River) is the center of the Burmese emigre community in central western Thailand. There are hundreds of thousands of Burmese refugees and migrants in the area. Many live a shadowy existence without papers and without recourse if they cross Thai authorities. The Burmese have their own schools and hospitals (with funding provided by NGOs). Burmese restaurants and tea houses are common in the area. PHOTO BY JACK KURTZ 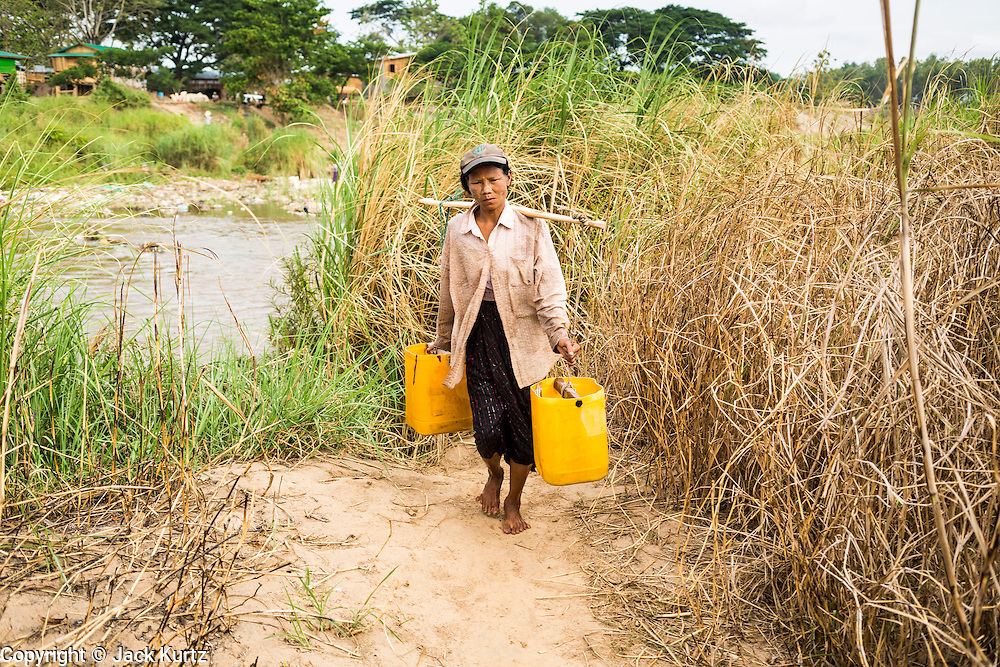