21 AUGUST 2015 - BANGKOK, THAILAND: Flower garland vendors at Erawan Shrine pray during a religious ceremony to honor the dead at the shrine. The Bangkok Metropolitan Administration (BMA) held a religious ceremony Friday for the Ratchaprasong bomb victims. The ceremony started with a Brahmin blessing at Erawan Shrine, which was the target of a bombing Monday night. After the blessing people went across the street to the plaza in front of Central World mall for an interfaith religious service. Theravada Buddhists, Mahayana Buddhists, Muslims, Sikhs, Hindus, and Christians participated in the service. Life at the shrine, one of the busiest in Bangkok, is returning to normal. Friday the dancers and musicians who perform at the shrine resumed their schedules. PHOTO BY JACK KURTZ 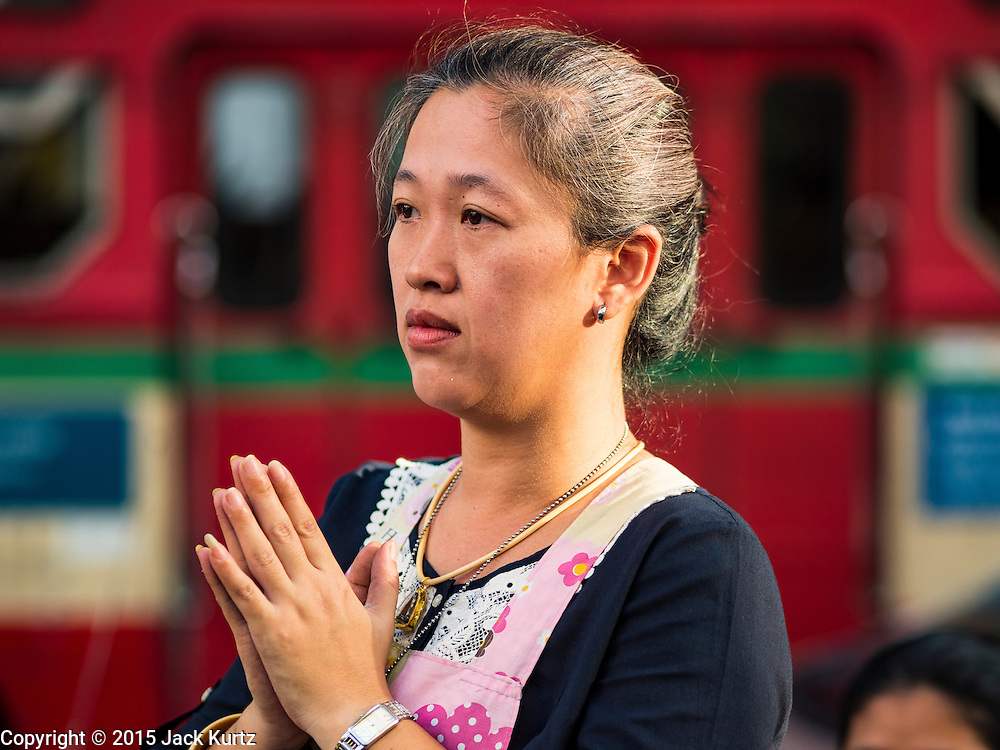