27 OCTOBER 2019 - POLK CITY, IOWA: IAARON LEHMAN, President of the Iowa Farmers Union, cleans chaff out of his combine while harvesting organic soybeans on his farm near Polk City, Iowa. Iowa farmers have been weeks behind schedule through most of the 2019 growing season. A cold, wet spring across most of the state delayed planting by about 2 weeks. A historically wet October has pushed back the harvest of soybeans and corn by up 3 weeks. Lehman said he's two weeks behind on his soybean harvest and further behind on corn. The USDA said about 30% of the soybeans have been harvested, and only 15% of the corn has been harvested. Central Iowa normally gets about 2.6 inches of rain in October, this year central Iowa has received about 7.3 inches of rain. Some parts of central Iowa are expecting up to 3 inches of snow later this week, further pushing back the harvests. This year has been the wettest year on record in Iowa. Farmers have also been contending with low prices, brought on by trade war between the US and China. The Chinese government put retaliatory tariffs on US agricultural products and cut back on orders of soybeans, corn, and pork, all important Iowa agricultural products. Soybean prices have fallen by as much as 20%. PHOTO BY JACK KURTZ 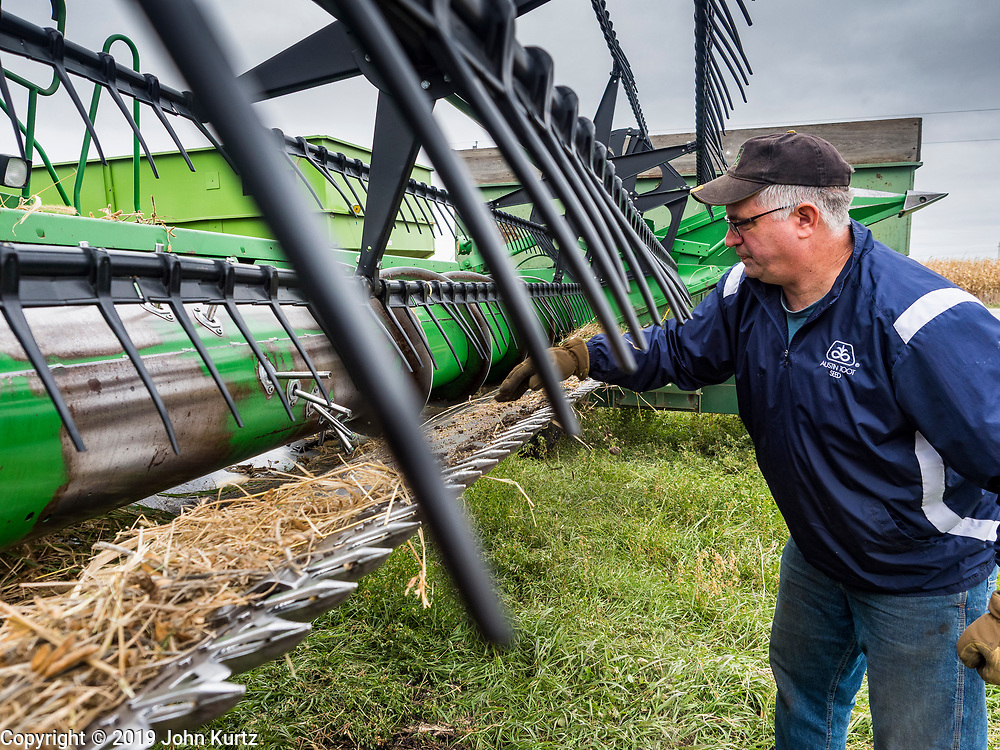