28 APRIL 2014 - BANGKOK, THAILAND: The coffin bearing Kamol Duangphasuk, 45, is brought into the crematorium at Wat Samian Nari during his funeral in Bangkok. Kamol was a popular poet who wrote under the pen name Mai Nueng Kor Kunthee. Kamol had been writing since the 1980s and was an outspoken critic of the 2006 coup that deposed Thaksin Shinawatra. After the 2010 military crackdown against the Red Shirts he went into temporary self imposed exile fearing for his safety. After he returned to Thailand he organized weekly protests against Thailand's Lese Majeste laws, which he said were being used to stifle dissent. Kamol was shot and murdered on April 23. The assailants are still at large but the murder is thought to be political. PHOTO BY JACK KURTZ 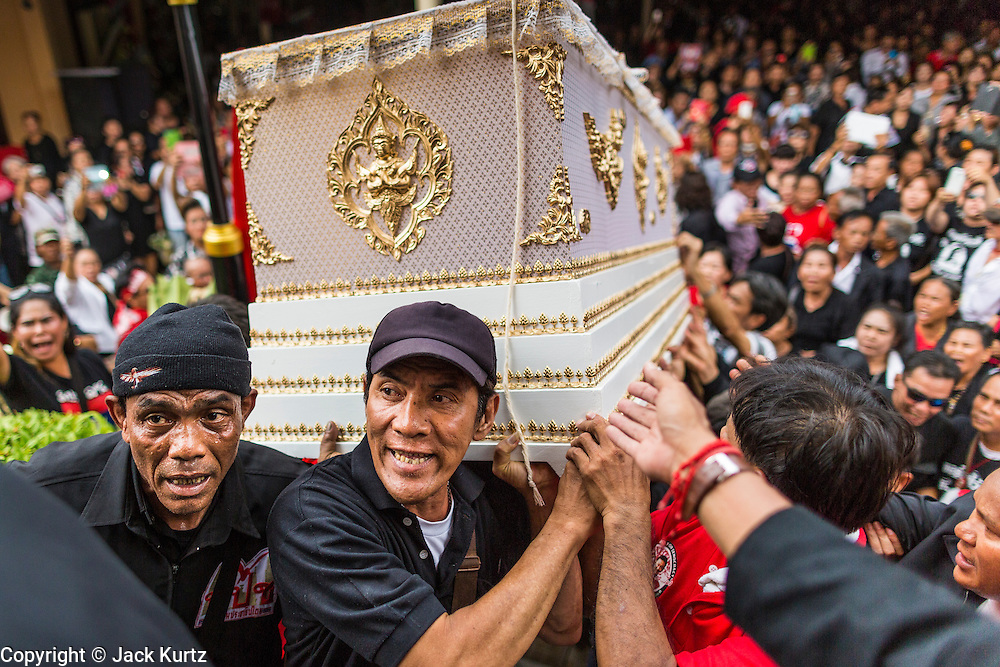