04 MAY 2017 - ST. PAUL, MN: Women, including one dressed as a handmaid (from the novel and Hulu series "A Handmaid's Tale"), chant for choice and access to reproductive health care during a rally to protect women's access to health care at the Minnesota Capitol. About 50 people came to a protest to urge Minnesota State Senators to vote against two bills supported by the Republican party that would restrict access to women's health care in Minnesota. The protest was organized by NARAL Pro-Choice Minnesota, NCJW Minnesota, and Planned Parenthood Minnesota. The Senate passed the bills but Minnesota's Democratic governor is expected to veto the legislation when it reaches his desk. PHOTO BY JACK KURTZ 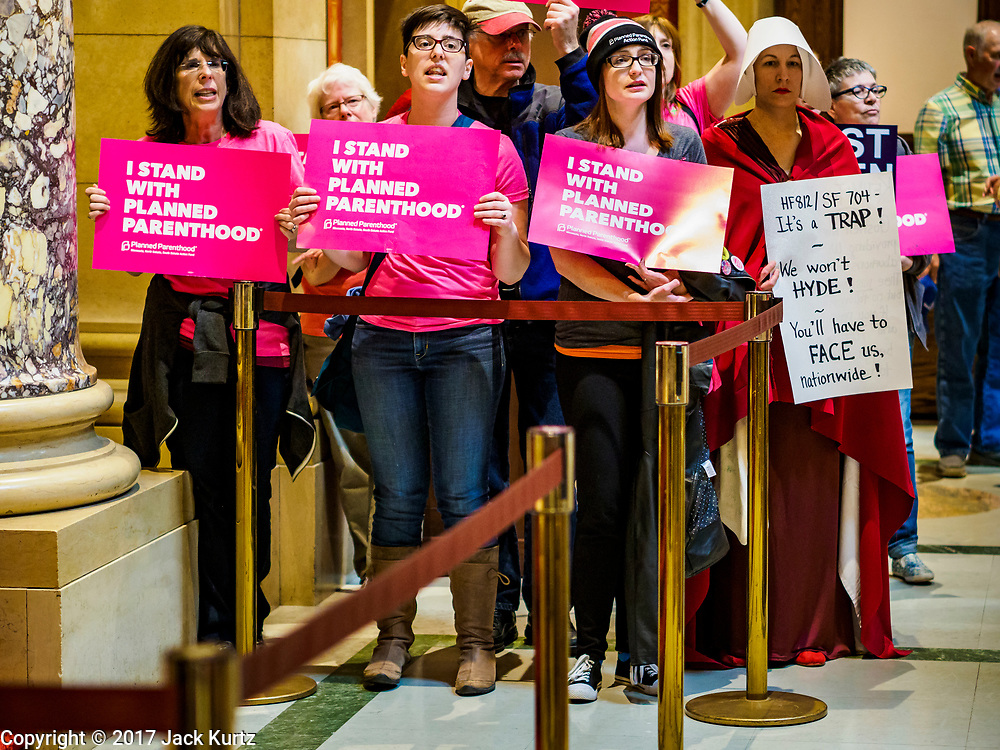