06 APRIL 2015 - CHIANG MAI, CHIANG MAI, THAILAND: Family members help boys scrub off their make up during the ordination of the boys on the last day of the three day long Poi Song Long Festival in Chiang Mai. The boys spend the first two days of the ceremony dressed as royalty in ornate outfits before getting into the austere monks' robes. The Poi Sang Long Festival (also called Poy Sang Long) is an ordination ceremony for Tai (also and commonly called Shan, though they prefer Tai) boys in the Shan State of Myanmar (Burma) and in Shan communities in western Thailand. Most Tai boys go into the monastery as novice monks at some point between the ages of seven and fourteen. This year seven boys were ordained at the Poi Sang Long ceremony at Wat Pa Pao in Chiang Mai. Poy Song Long is Tai (Shan) for "Festival of the Jewel (or Crystal) Sons. PHOTO BY JACK KURTZ 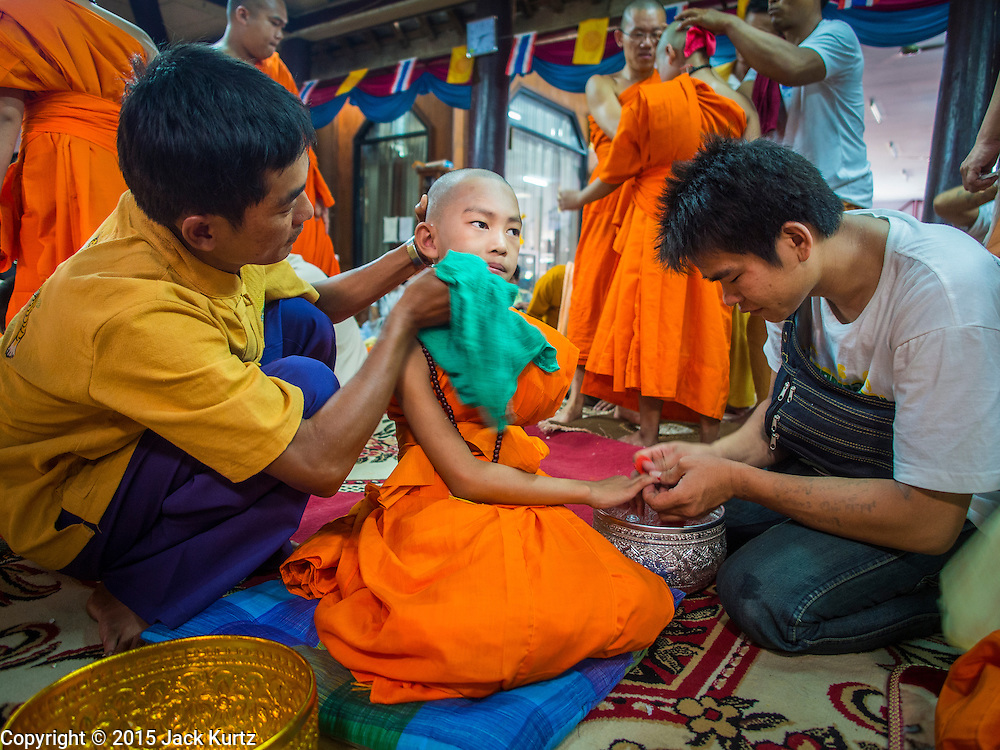