23 APRIL 2013 - BANGKOK, THAILAND: A Thai woman reads while everyone around her prays during the opening ceremony to mark Bangkok as the World Book Capital City 2013. UNESCO awarded Bangkok the title. Bangkok is the 13th city to assume the title of "World Book Capital", taking over from Yerevan, Armenia. Bangkok Governor Suhumbhand Paribatra announced plans that the Bangkok Metropolitan Administration (BMA) intends to encourage reading among Thais. The BMA runs 37 public libraries in the city and has modernised 14 of them. It plans to build 10 more public libraries every year. Port Harcourt, Nigeria will be the next World Book Capital in 2014.
PHOTO BY JACK KURTZ 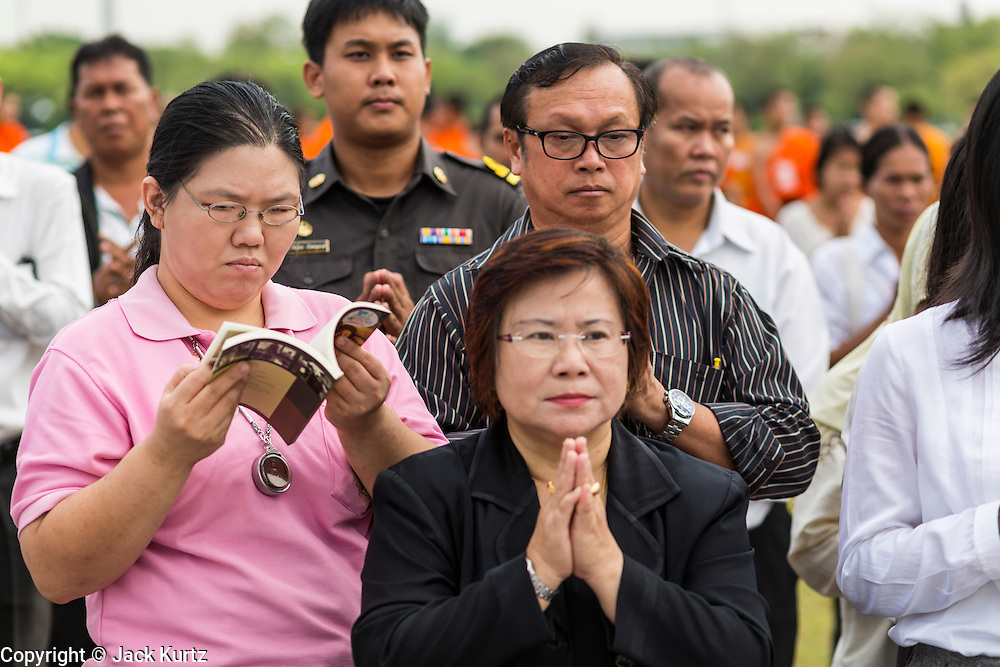