10 SETEMBER 2018 - BANGKOK, THAILAND: A craftsman paints Ganesh statues at Wat Witsanu Hindu Temple (also called the Vishnu Temple) for use in Ganesh Chaturthi observances in Thailand. Indian craftsmen are making statues of the Hindu deity Ganesha for the Ganesh Chaturthi, or Ganesh Festival, held at Hindu temples in September. All of the craftsmen, and the clay they use to fashion the statues, come from India every year to make the statues. Although Thais are predominantly Buddhist, the Lord Ganesh, the Hindu overcomer of obstacles, is worshipped by many Thais and Ganesh Chaturthi is celebrated in many Thai communities. PHOTO BY JACK KURTZ 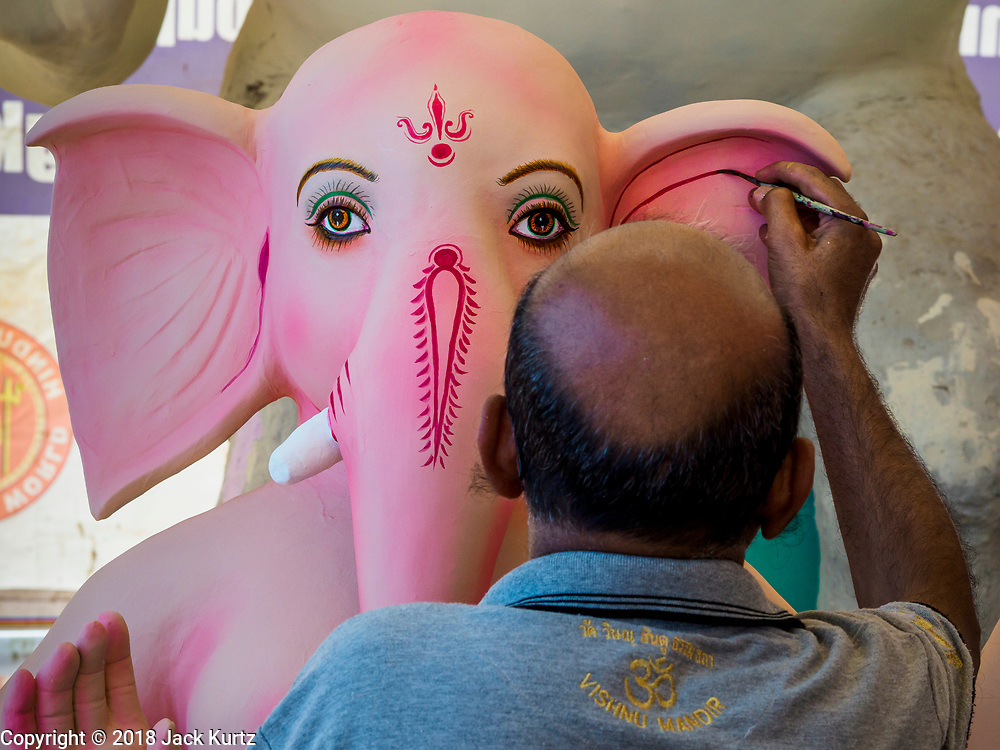