29 MAY 2020 - DES MOINES, IOWA: A woman with "Don't Shoot" written in her hands stands in front of the Des Moines police station during a vigil for George Floyd in Des Moines Friday evening. About 1,000 people attended the vigil. Floyd, a 46 year old unarmed African-American man, was killed by four Minneapolis police officers Monday evening May 25. The four police officers were fired from the Minneapolis Police Department. Officer Derek Chauvin, seen in videos with his knee on Floyd's neck, was charged with third-degree murder and second-degree manslaughter on Friday in Floyd's death. The death of George Floyd, while he was restrained and in police custody, has set off protests and vigils across the US. PHOTO BY JACK KURTZ 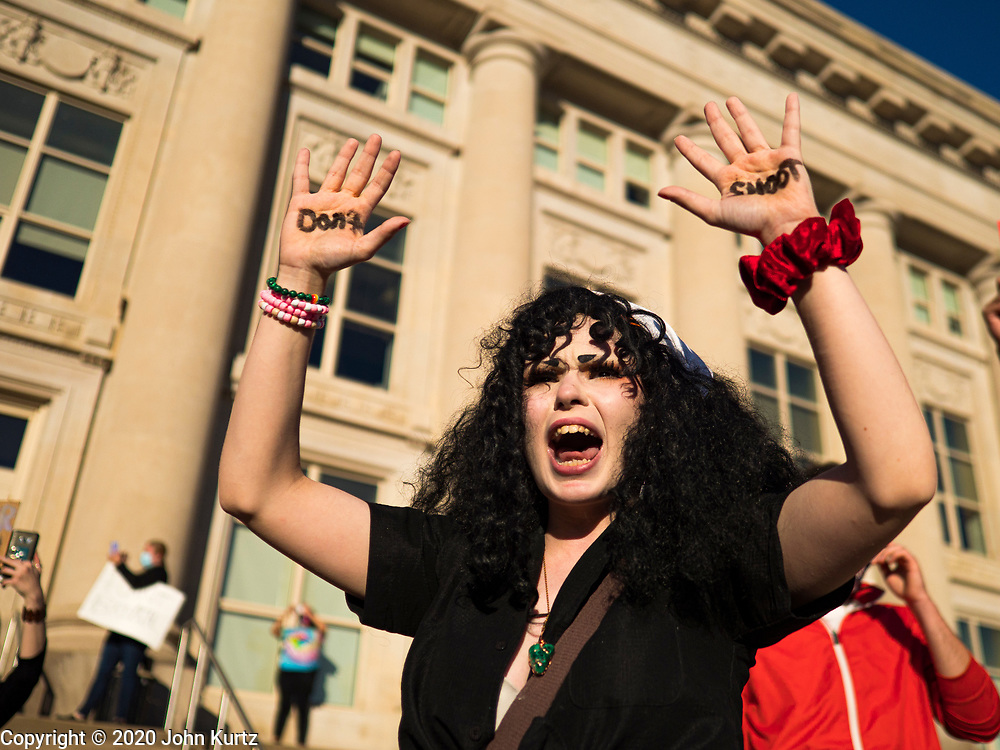