31 JULY 2012 - PHOENIX, AZ: MEDEA BENJAMIN, center, and other members of Code Pink, accompanied by an Arizona State Trooper, wait in the lobby of the governor's office at the Arizona State Capitol Tuesday. Medea is a political activist, best known for co-founding Code Pink and, along with her husband, activist and author Kevin Danaher, the fair trade advocacy group Global Exchange. She was also a Green Party candidate in 2000 for the United States Senate. She appeared in Phoenix to promote her new book, "Drone Warfare: Killing by Remote Control." She, and other members of Code Pink, presented a letter to Arizona Gov. Jan Brewer protesting Brewer's request to use the state's airspace to train drone pilots. PHOTO BY JACK KURTZ 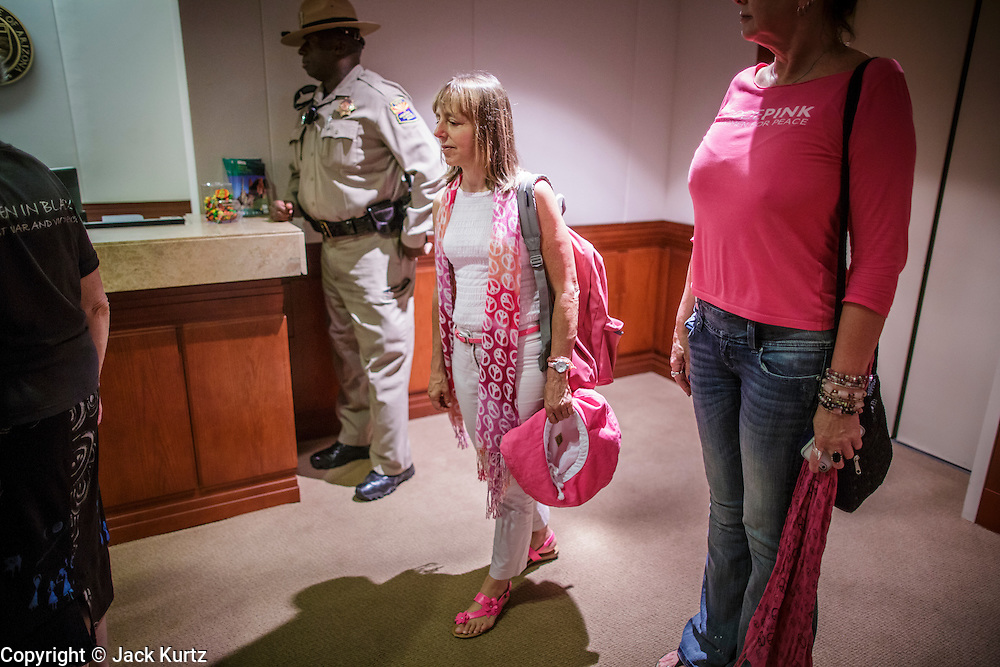