22 JULY 2015 - BANGKOK, THAILAND: DADODIN PATAVATTO, a Buddhist monk, leads a silent march past Thai police officers guarding Government House, which is the office of the Prime Minister in Bangkok. More than 100 people from Krabi province, members of the Save Andaman from Coal Network (SACN) have staged a series of marches and sit-ins outside the Prime Minister's office. They are opposed to plans to build an 800 megawatt coal fired power plant near southern Thailand's Andaman coast about 650 kilometers (400 miles) south of Bangkok. The area is famous for its pristine beaches. Residents worry that the coal fired power plant will pollute the area and send power to Bangkok. PHOTO BY JACK KURTZ 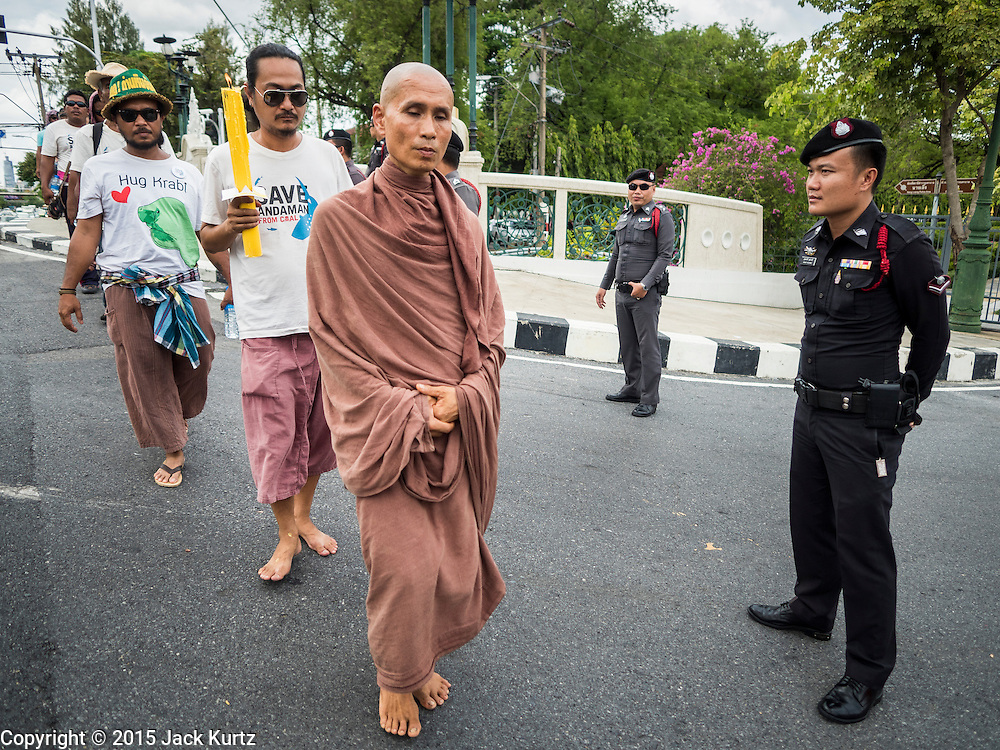