05 MAY 2104 - BANGKOK, THAILAND: A Thai supporter of the monarchy holds a photo Bhumibol Adulyadej, the King of Thailand, and his wife, Queen Sirikit, over her head. Thousands of Thais packed the area around Sanam Luang and the Grand Palace Monday evening for a special ceremony to mark Coronation Day, which honored the 64th anniversary of the coronation of Bhumibol Adulyadej, the King of Thailand. Many of the people also support the anti-government movement led by Suthep Thaugsuban. Most of the anti-government protesters are conservative supporters of the monarchy. PHOTO BY JACK KURTZ 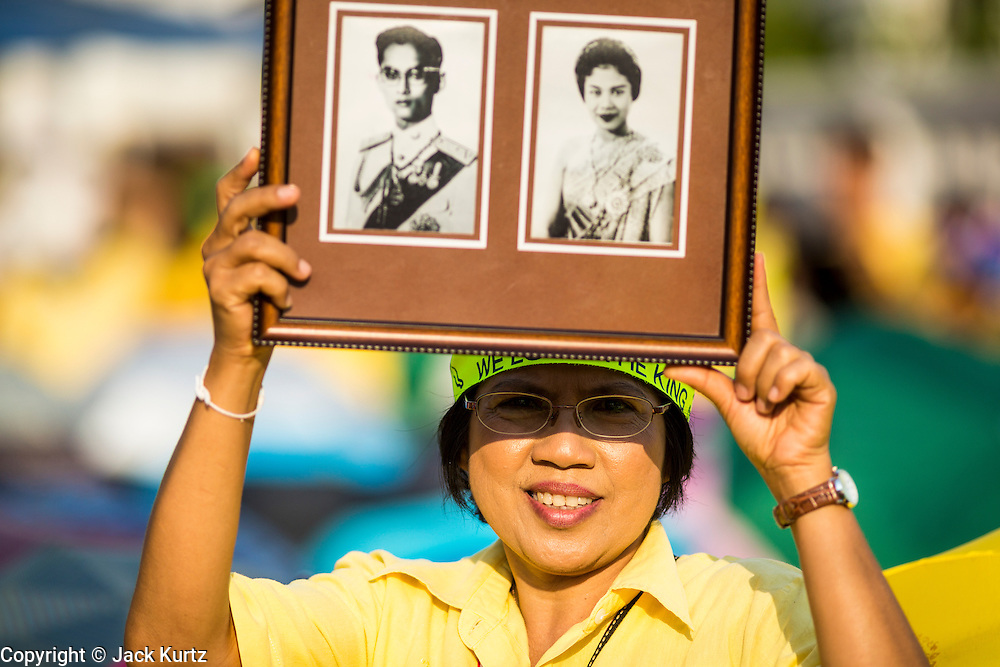