05 JANUARY 2015 - THONBURI, BANGKOK, THAILAND: The hand of a Buddha at Wat Intharam, an Ayutthaya period temple in the Thonburi section of Bangkok. Wat Intharam was reportedly the favorite temple of King Taksin the Great, the Thai King credited with reunifying Siam (Thailand) after the Burmese sacked the ancient capital of Ayutthaya in 1767 CE. Taksin established the new Thai capital city in Thonburi, which is closer to the ocean and more easily defended, and made Wat Intharam his personal favorite. He was cremated at Wat Intharam following his death in 1782. His ashes are at the temple. There is a memorial to King Taksin the Great at the back of the temple grounds. PHOTO BY JACK KURTZ 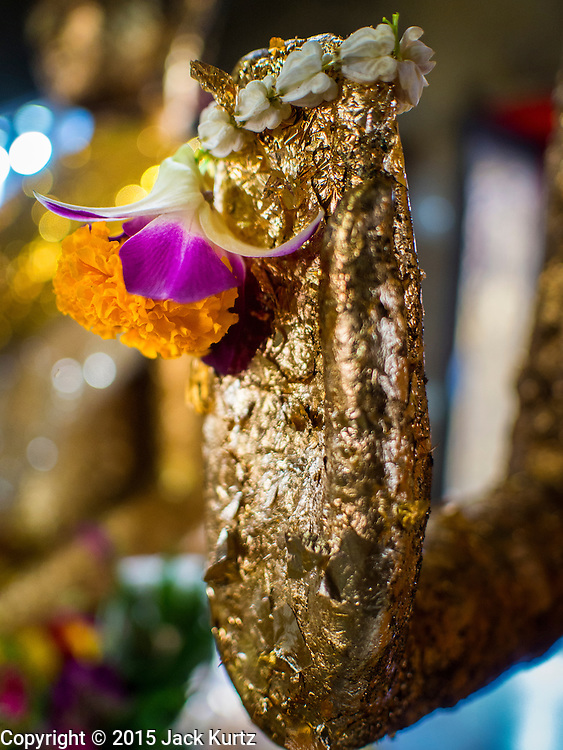