15 AUGUST 2014 - BANGKOK, THAILAND: A man prays and makes an offering of oranges at the base of standing Buddha statue in Wat Intharawihan. Wat Intharawihan (also called Wat Intharavihan) is a Buddhist temple located in the Nakhon District of Bangkok, Thailand. It was built at the beginning of the Ayutthaya period and was originally called Wat Rai Phrik. The best known feature of the temple is a 32 meter high (105 feet), 10 meter wide (33 feet) standing Buddha referred to as Luang Pho To or "Phra Si Ariyamettrai." It took over 60 years to complete and is decorated in glass mosaics and 24-carat gold. The topknot of the Buddha image contains a relic of Lord Buddha brought from Sri Lanka. PHOTO BY JACK KURTZ 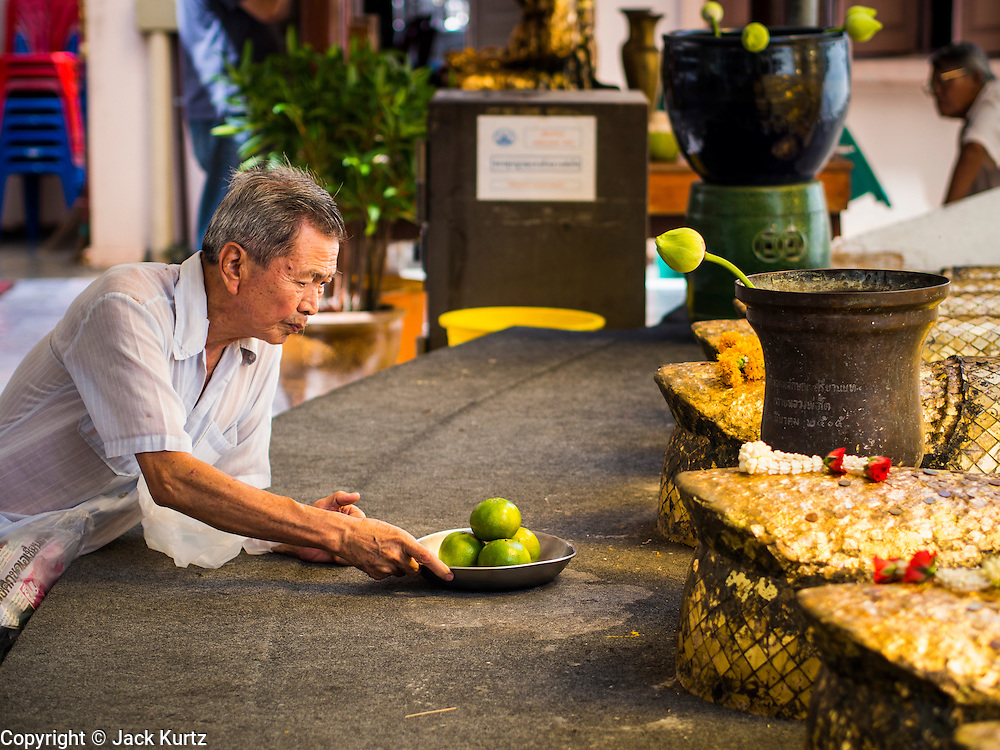