05 NOVEMBER 2015 - YANGON, MYANMAR: AUNG SAN SUU KYI answers reporters' questions during a press conference. During the press conference, which lasted 90 minutes, Aung San Suu Kyi, the leader of the National League for Democracy (NLD), said that if the NLD won the election she would serve "above" the President. When questioned about the Rohingya crisis in western Myanmar, a reporter called the situation "dramatic" and Suu Kyi replied the entire country is in a "dramatic situation" and the problems of the Rohingya should not be "exaggerated." She said the "great majority of our people remain as poor as ever." She also said the NLD would make a "fuss" if election results were "suspicious." Citizens of Myanmar go to the polls Sunday November 8 in what is widely viewed as the most democratic and contested election in Myanmar's history. The NLD is widely expected to win the election. PHOTO BY JACK KURTZ 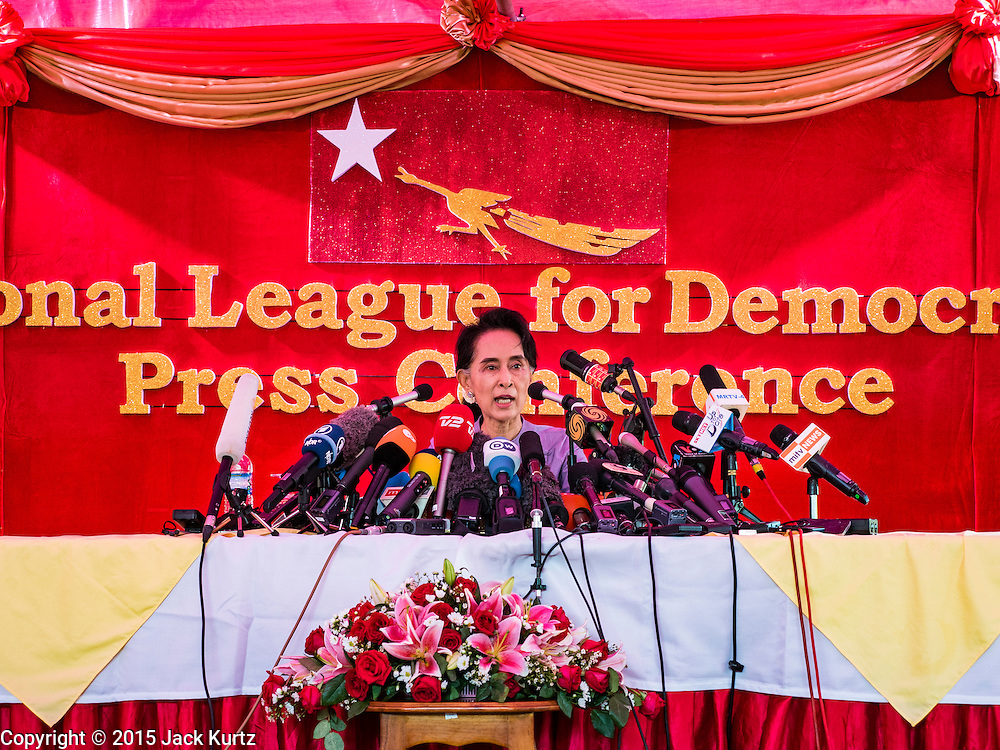