02 FEBRUARY 2013 - PHNOM PENH, CAMBODIA: Buddhist monks walk along Sisowath Quay, Phnom Penh's riverfront boulevard which is normally choked with cars and motorcycles. The Royal Palace (left) and crematorium for former King Norodom Sihanouk (right) are lit up in the background. Much of Phnom Penh has been shut down to honor former King Norodom Sihanouk, who ruled Cambodia from independence in 1953 until he was overthrown by a military coup in 1970. Only bars, restaurants and hotels that cater to foreign tourists are supposed to be open. The only music being played publicly is classical Khmer music. Sihanouk died in Beijing, China, in October 2012 and will be cremated during a state funeral royal ceremony on Monday, Feb. 4. PHOTO BY JACK KURTZ 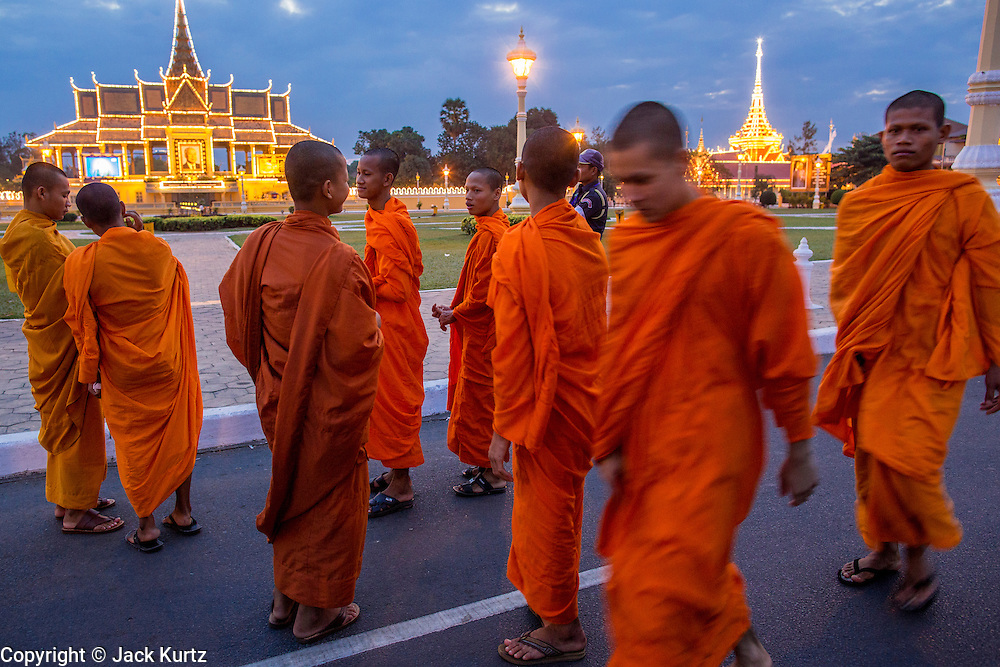