05 JANUARY 2014 - BANGKOK, THAILAND: SUTHEP THAUGSUBAND, leader of the anti-government movement, reaches for cash offered by a supporter during a march through Bangkok Sunday. People handed hundreds of thousands of Thai Baht to Suthep as he led the march. Suthep is a former Deputy Prime Minister and member of the opposition Democrat Party who resigned to organize the protests against the Pheu Thai government. He led the protestors on a march through the Chinatown district of Bangkok. Tens of thousands of people waving Thai flags and blowing whistles gridlocked what was already one of the most congested parts of the city. The march was intended to be a warm up to their plan by protestors to completely shut down Bangkok starting Jan. 13. PHOTO BY JACK KURTZ 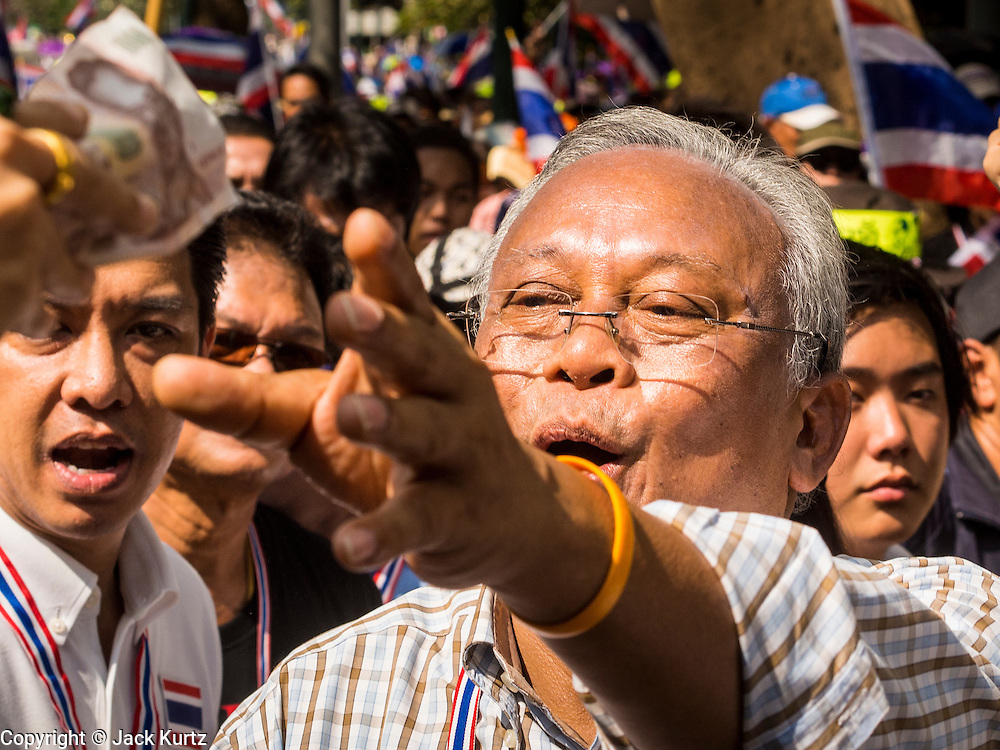