18 AUGUST 2020 - CEDAR RAPIDS, IOWA: PIERRELINE DESPINASSE cooks lunch on a grill in front of her building at Cedar Terrace Apartments in Cedar Rapids. The complex was destroyed by the derecho wind storm. Most of the tenants in the complex are refugees from Africa and Micronesia who have chosen the camp in front of the buildings rather than move to shelters because they're worried about looters taking their belongings. Cedar Rapids was the state's hardest hit city by the derecho that roared across Iowa last week. City officials said the damage left by the derecho was more extensive than the 2008 flood that destroyed much of its downtown. City residents are reporting that almost every home was damaged in the storm, many businesses were closed, and up to half of the city's tree canopy was destroyed. A week after the storm, more than 40,000 homes were still without power. A spokesman for Alliant Energy said the utility has replaced as many power poles in one week that they normally replace in 8 months. On Monday, President Trump approved a $4 billion emergency declaration for Iowa to aid in derecho recovery. PHOTO BY JACK KURTZ 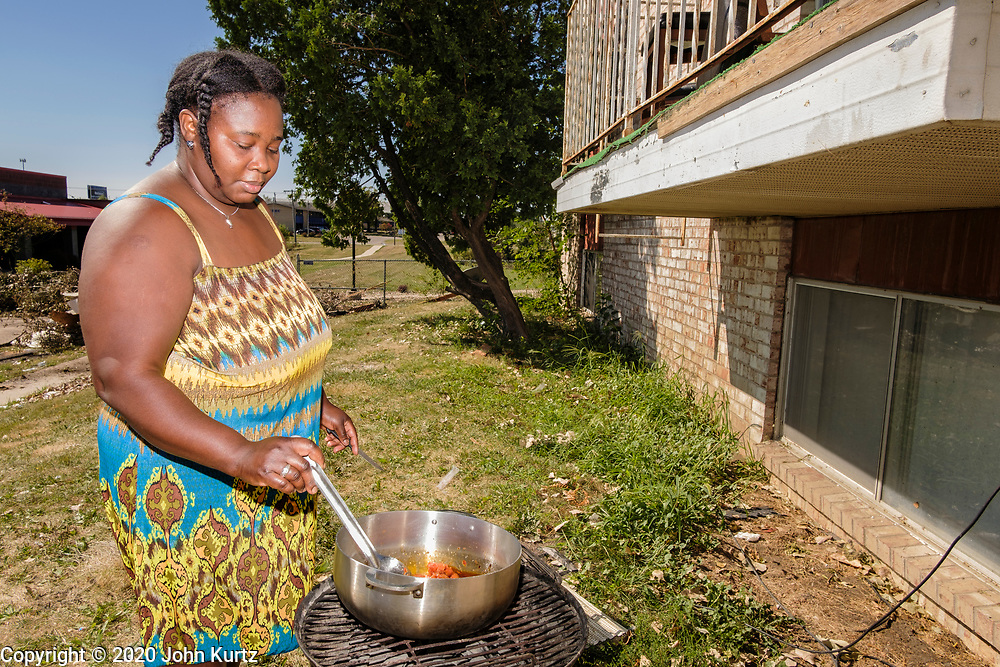