10 MAY 2016 - TA TUM, SURIN, THAILAND: A man at the public school in Ban Khana fills the water cisterns with water from the artesian well in Ta Tum, Surin, Thailand. The school hasn't had running water for about one month. The well is the most important source of drinking water for thousands of people in the communities surrounding it. In the past many of the people had domestic water piped to their homes or from wells in their villages but those water sources have dried up because of the drought in Thailand. Thailand is in the midst of its worst drought in more than 50 years. The government has asked farmers to delay planting their rice until the rains start, which is expected to be in June. The drought is expected to cut Thai rice production and limit exports of Thai rice. The drought, caused by a very strong El Nino weather pattern is cutting production in the world's top three rice exporting countries: India, Thailand and Vietnam. Rice prices in markets in Thailand and neighboring Cambodia are starting to creep up. PHOTO BY JACK KURTZ 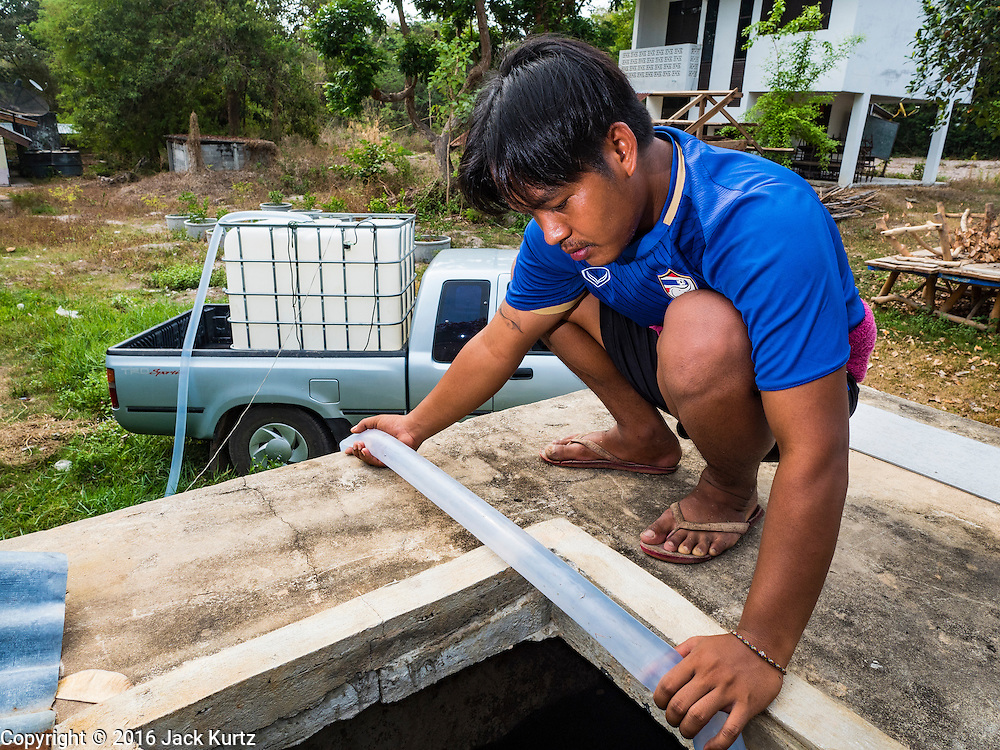