31 MARCH 2015 - BANGKOK, THAILAND: A naga, or mythical serpent, on a float that will be in a parade for Princess Maha Chakri Sirindhorn, born 2 April 1955, the second daughter of King Bhumibol Adulyadej. Thais commonly refer to her by reducing such title to “Phra Thep”, meaning "princess angel". Her title in Thai is the female equivalent of the title held by her brother, Crown Prince Maha Vajiralongkorn. The Thai constitution was altered in 1974 to allow for female succession, thus making her eligible for the throne. PHOTO BY JACK KURTZ 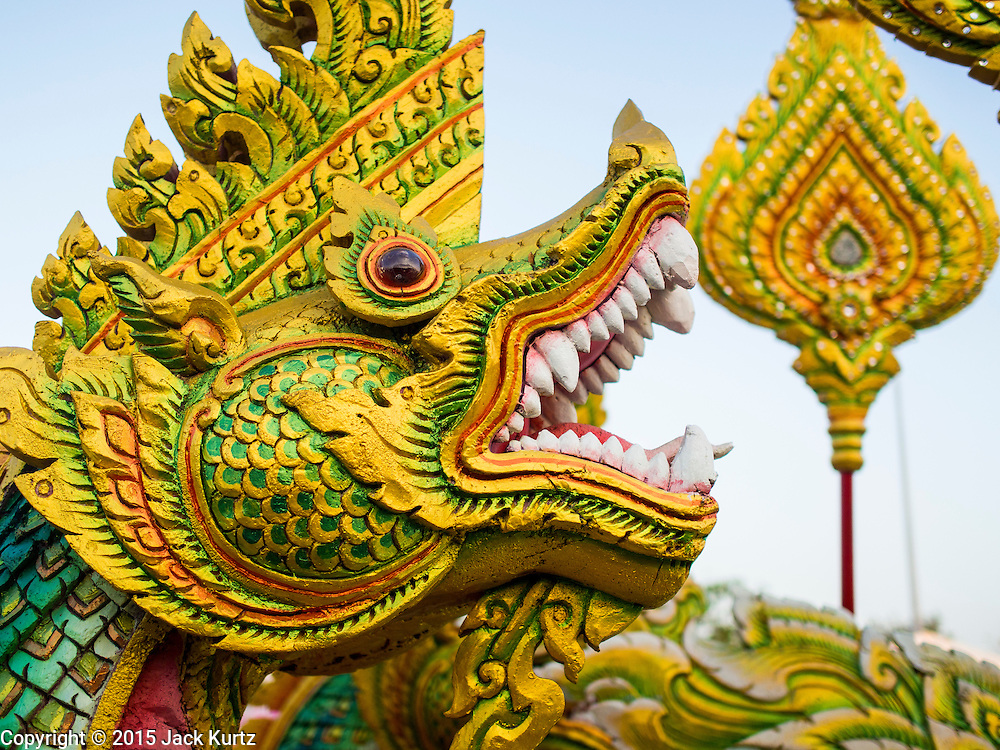