05 MAY 2008 -- PHOENIX, AZ: MARIA GONZALEZ and ELIZABETH LOPEZ pack corn tortillas on the production line at La Canasta in Phoenix. La Canasta uses 20,000 - 25,000 pounds of corn daily to make almost two million tortillas. Josie Ippolito, President of La Canasta, said the price of the corn she buys has shot up more than 50 percent since November, 2007 and is expected to double by the end of this year. This in addition to the 200 percent increase in the price of wheat flour she uses in other products at La Canasta. Photo by Jack Kurtz 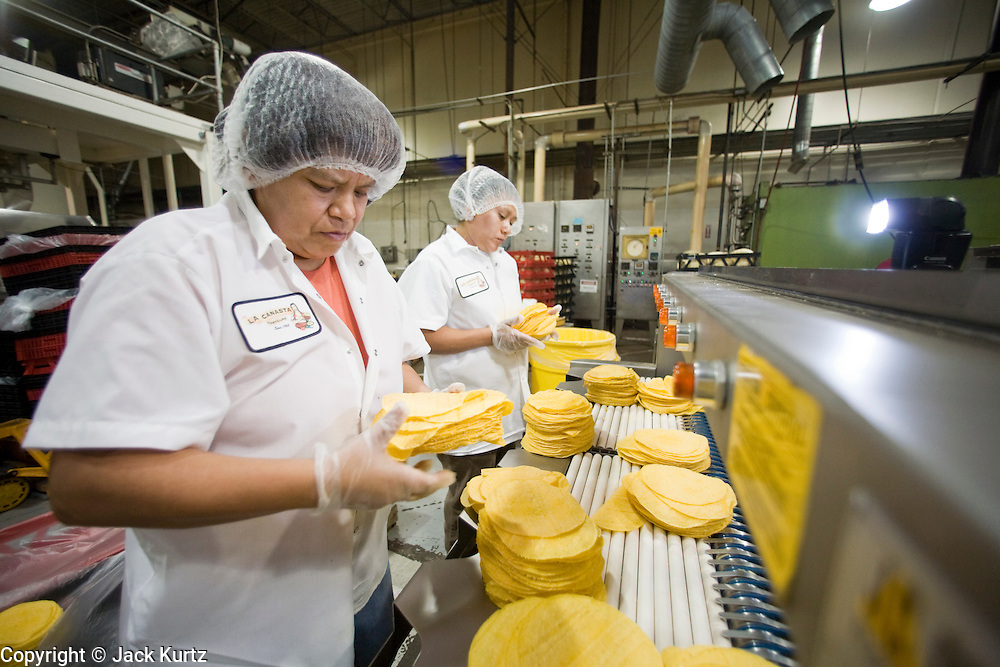