10 AUGUST 2013 - HONG KONG: A Star Ferry worker looks at the shore on the Hong Kong side of Victoria Harbor (Kowloon is in the background). The Star Ferry, or The "Star" Ferry Company, is a passenger ferry service operator and tourist attraction in Hong Kong. Its principal routes carry passengers across Victoria Harbour, between Hong Kong Island and Kowloon. It was founded in 1888 as the Kowloon Ferry Company, adopting its present name in 1898.
The fleet of twelve ferries currently operates two routes (four prior to April 1, 2011) across the harbour, carrying over 70,000 passengers a day, or 26 million a year. Even though the harbour is crossed by railway and road tunnels, the Star Ferry continues to provide an inexpensive mode of harbour crossing. The company's main route runs between Central and Tsim Sha Tsui. Hong Kong is one of the two Special Administrative Regions of the People's Republic of China, Macau is the other. It is situated on China's south coast and, enclosed by the Pearl River Delta and South China Sea, it is known for its skyline and deep natural harbour. Hong Kong is one of the most densely populated areas in the world, the population is 93.6% ethnic Chinese and 6.4% from other groups. The Han Chinese majority originate mainly from the cities of Guangzhou and Taishan in the neighbouring Guangdong province. PHOTO BY JACK KURTZ 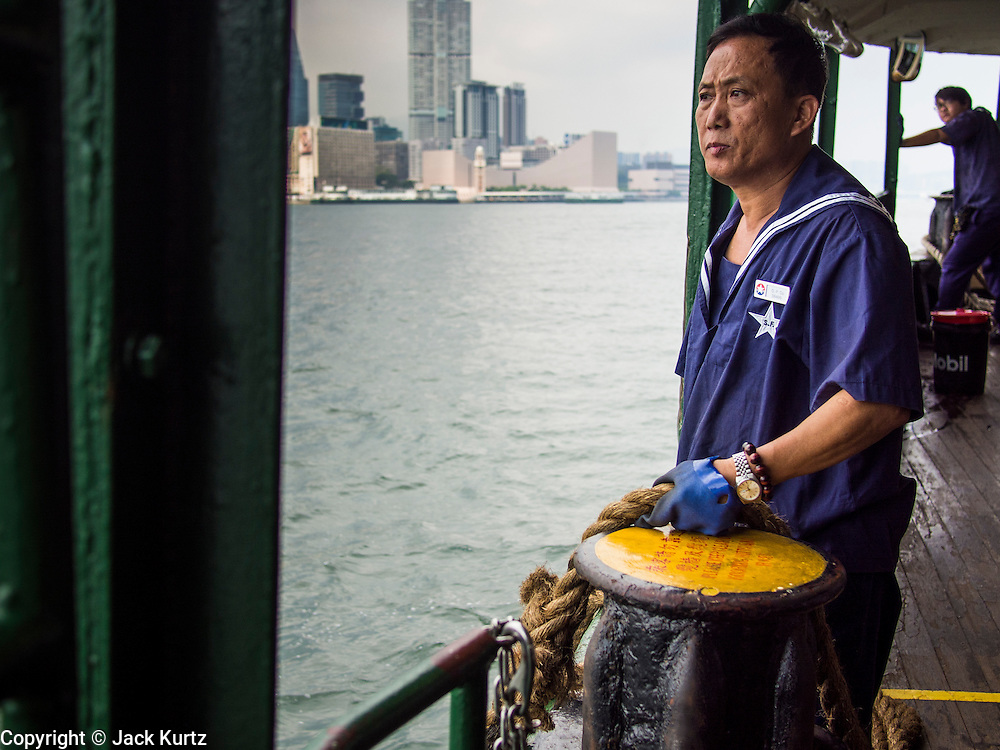