09 APRIL 2004 - SAN MIGUEL DE ALLENDE, GUANAJUATO, MEXICO: A shadow cast by the statue of an angel on a wall in the Iglesia Oratorio before a Good Friday procession in San Miguel de Allende, GTO, MEX. Semana Santa, the week before Easter, is celebrated with extreme piety in central Mexico. San Miguel, which was founded in the 1600s, is one of Mexico's premier colonial cities. It has very strict zoning and building codes meant to preserve the historic nature of the city center. About 7,500 US citizens, mostly retirees, live in San Miguel. PHOTO BY JACK KURTZ 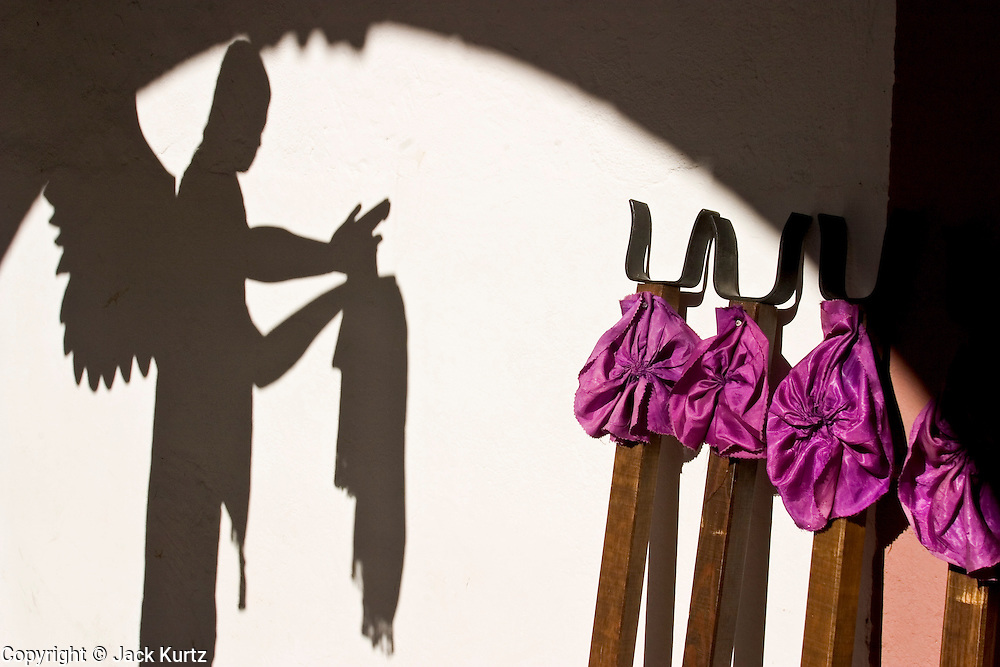