11 JANUARY 2007 - LEON, NICARAGUA: A young man sells iguanas along a highway near Leon, Nicaragua on the road to the beaches in Poneloya, Las Senitas Nicaragua, about 10 miles from Leon. Nicaragua's Pacific beaches are relatively undiscovered. Small hotels and rental homes are starting to be developed but there is nothing like the rampant commercial development of Mexico's Pacific beaches. Iguanas are a popular delicacy in Nicaragua and are served either fried or in a soup. PHOTO BY JACK KURTZ 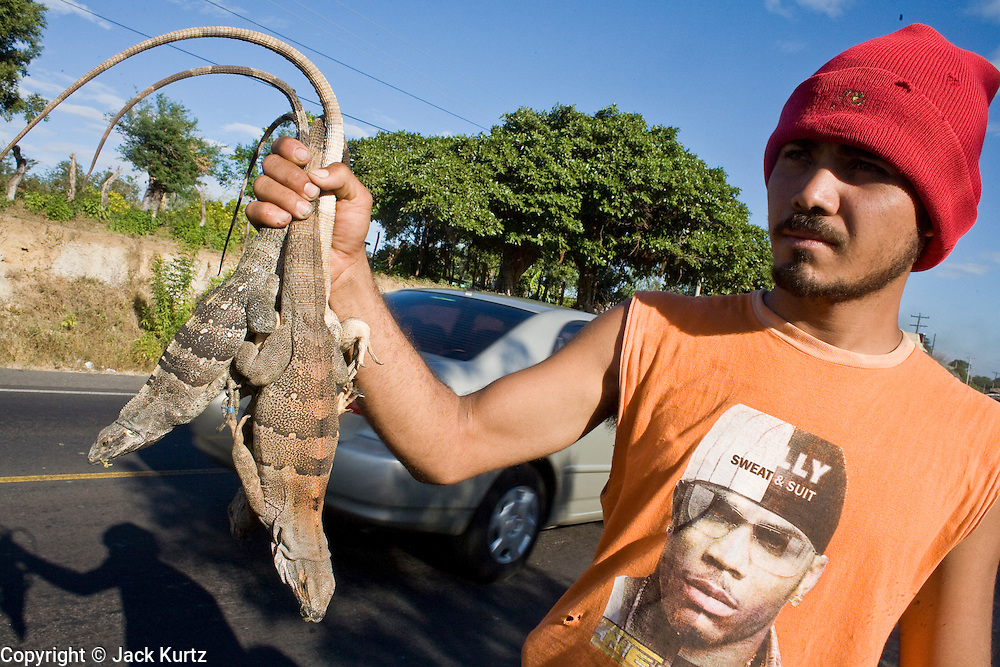