24 NOVEMBER 2012 - BANGKOK, THAILAND: A woman protester with a yellow bandana during a large anti government, pro-monarchy, protest on November 24, 2012 in Bangkok, Thailand. Yellow is the color of the Thai monarchy and is worn as an expression of support for the monarchy. The Siam Pitak group, which sponsored the protest, cited alleged government corruption and anti-monarchist elements within the ruling party as grounds for the protest. Police used tear gas and baton charges againt protesters. PHOTO BY JACK KURTZ 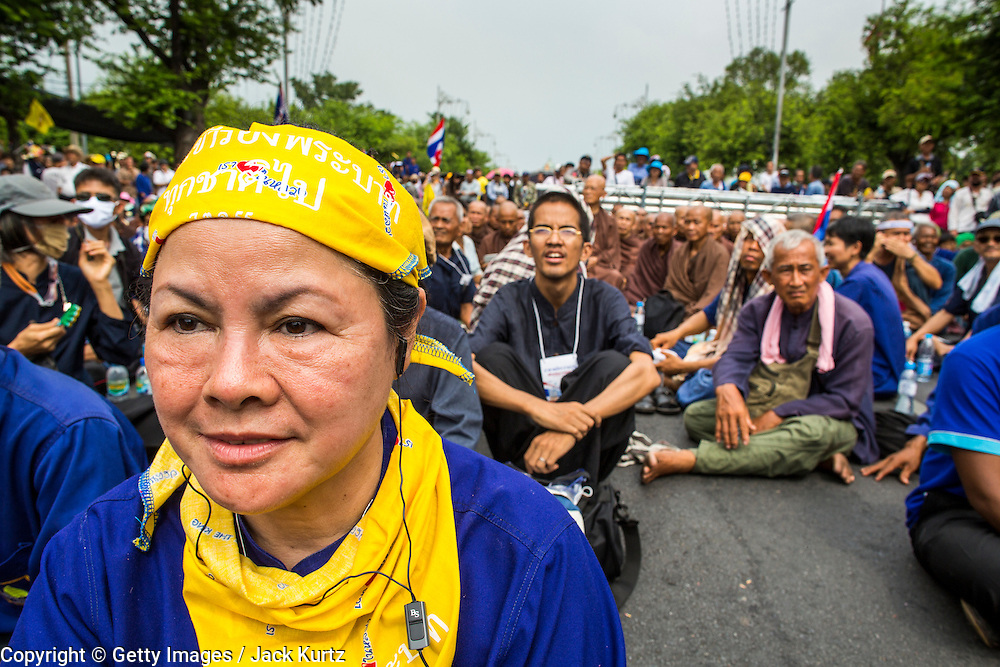