Sept. 24, 2009 -- PATTANI, THAILAND: THAN TRACHOWANICH, 52 years old, paints registration numbers on the side of a fishing boat being rebuilt in Siriudom Shipyards in Pattani, Thailand. Fishing is the main industry in Pattani, one of just three Thai provinces with a Muslim majority. Thousands of people, mostly Buddhist Thais and Burmese Buddhist immigrants, are employed in the fishing industry, either crewing ships, working in processing plants or working in the ship building and refreshing yards. Photo By Jack Kurtz 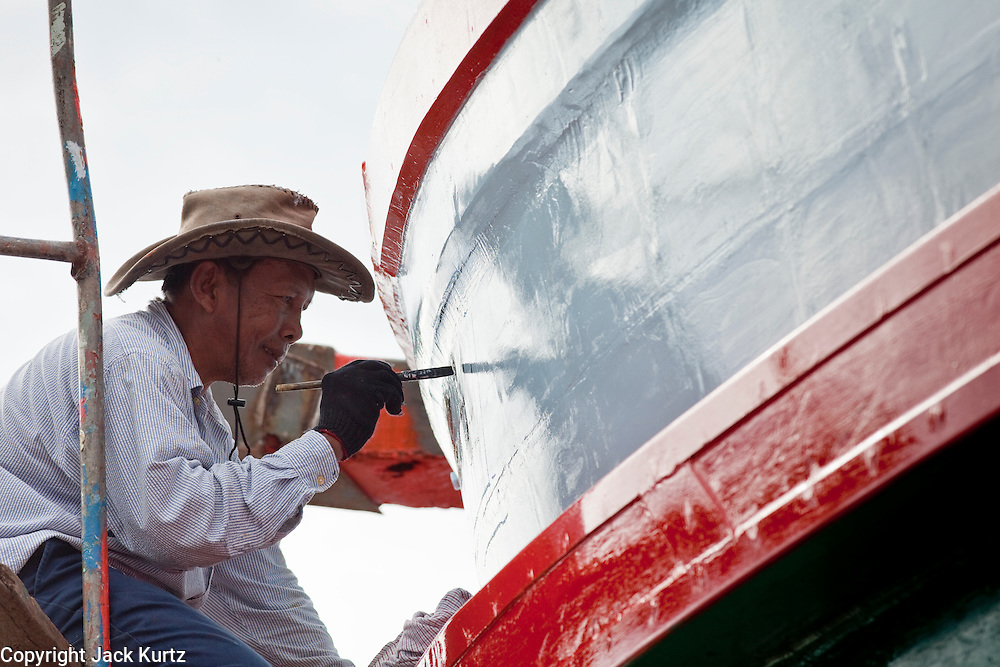