18 SEPTEMBER 2017 - BANGKOK, THAILAND: A woman sets up her family altar at Wat Mangkon Kamalawat, a Chinese temple in Bangkok, during a service to mark the last day Hungry Ghost Month. The Ghost Festival, also known as the Hungry Ghost Festival, Zhongyuan Festival or Yulan Festival is a traditional Buddhist and Taoist festival held in Asian countries. According to the Chinese calendar (a lunisolar calendar), the Ghost Festival is on the 15th night of the seventh month. In Chinese culture, the fifteenth day of the seventh month in the lunar calendar is called Ghost Day and the seventh month in general is regarded as the Ghost Month, in which ghosts and spirits, including those of the deceased ancestors, come out from the lower realm. Distinct from both the Qingming Festival (in spring) and Double Ninth Festival (in autumn) in which living descendants pay homage to their deceased ancestors, during Ghost Festival, the deceased are believed to visit the living. PHOTO BY JACK KURTZ 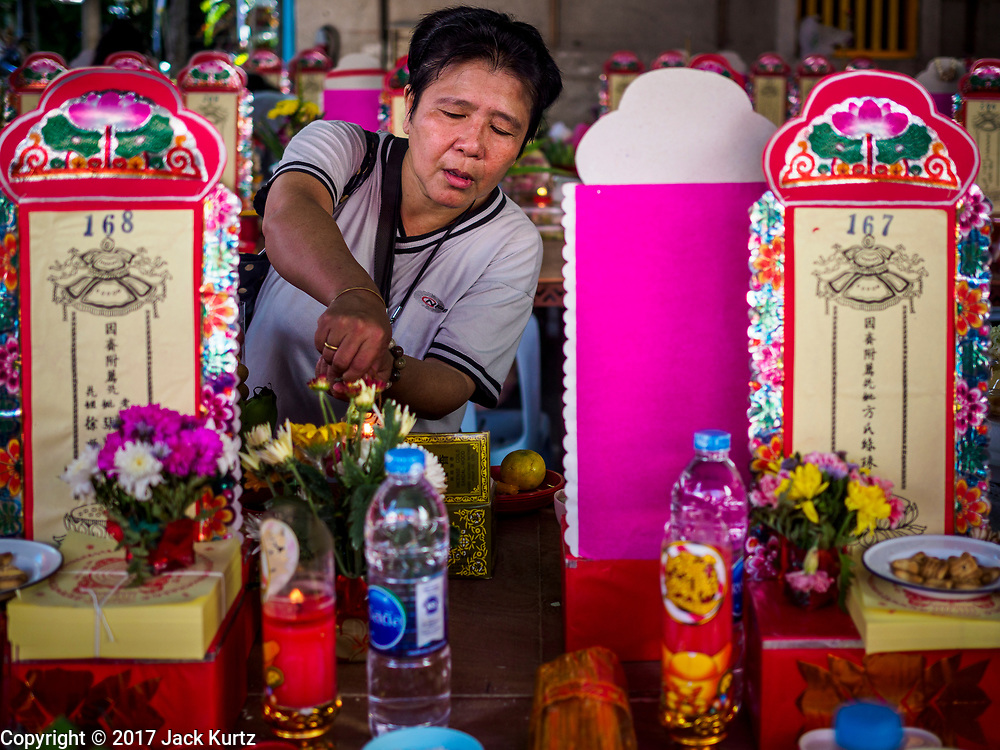