04 JULY 2009 -- PHOENIX, AZ: Airman VINCENT TSANG takes the oath of citizenship and becomes a US citizen during a naturalization ceremony in Phoenix, AZ, July 4. Tsang is currently an enlisted man in the US Air Force. U.S. Citizenship and Immigration Services and South Mountain Community College in Phoenix, AZ, hosted the 21st annual "Fiesta of Independence" Saturday, July 4. More than 180 people from 58 countries took the US Oath of Citizenship and became naturalized US citizens. The ceremony was one of dozens of similar ceremonies held across the US this week. USCIS said more than 6,000 people were naturalized US citizens during the week. Photo by Jack Kurtz / ZUMA Press 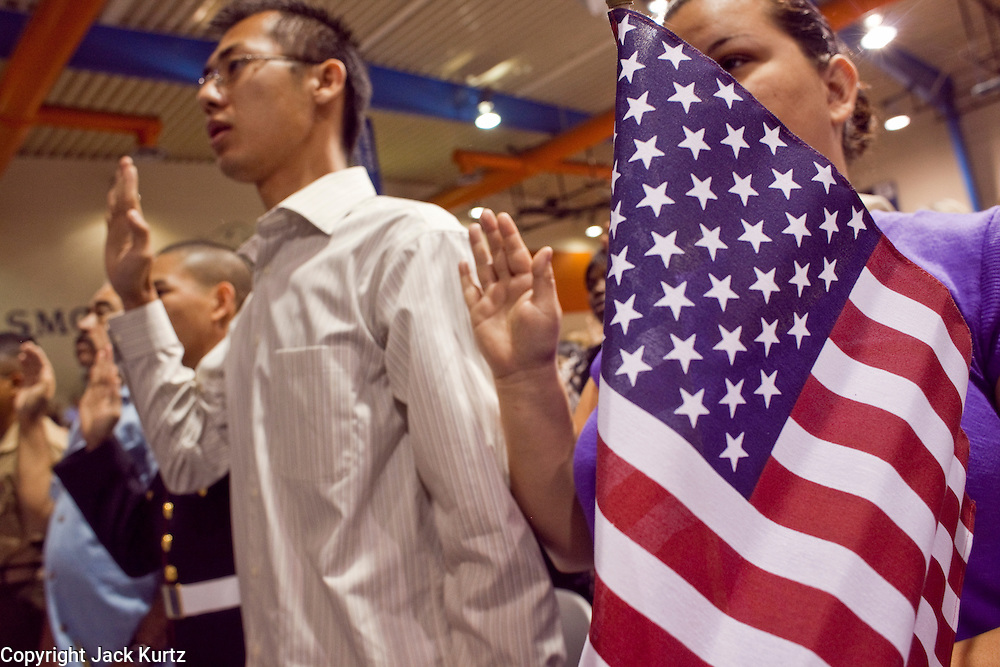