17 OCTOBER 2018 - BANGKOK, THAILAND: A member of the crew relaxes backstage before the opera on the last night of the Vegetarian Festival at Chit Sia Ma Shrine in Bangkok's Chinatown. The Vegetarian Festival, also called the Nine Emperor Gods Festival, is a nine-day Taoist celebration beginning on the eve of 9th lunar month of the Chinese calendar. Traditional Chinese operas, called Ngiew in Thailand, are sponsored at many Chinese shrines and temples during the Vegetarian Festival. PHOTO BY JACK KURTZ 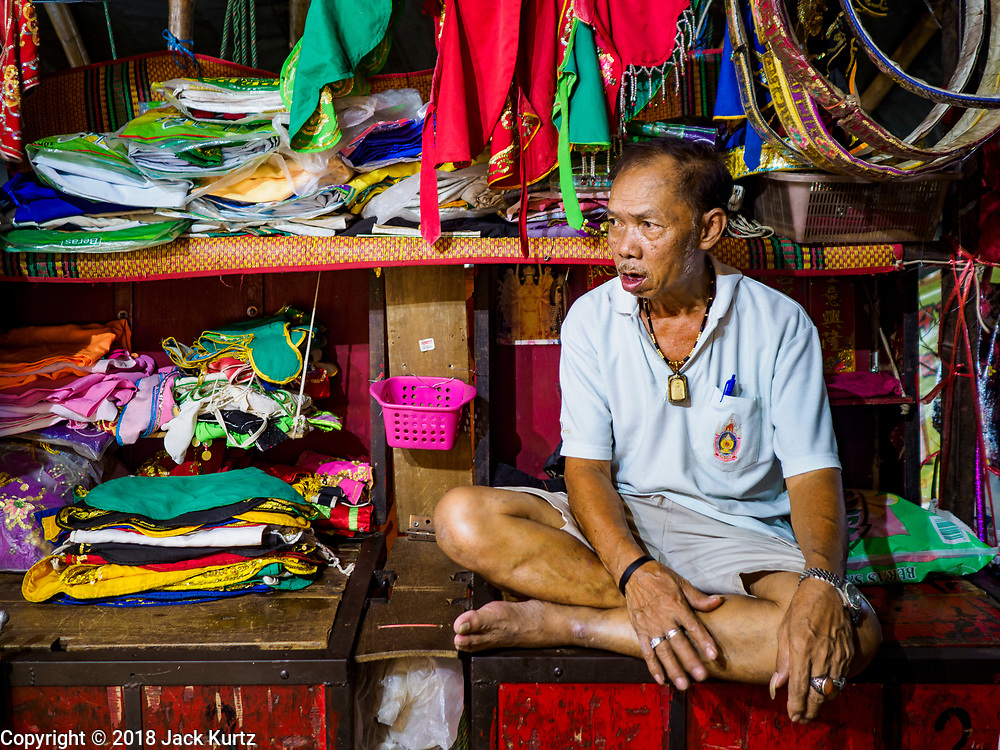