02 APRIL 2006 - THREE POINTS, AZ: DON GOLDWATER, who ran as a Republican candidate for the Governor of Arizona and nephew of late US Senator and conservative icon Barry Goldwater, staffs his observation post during the Minuteman Project action between Three Points, AZ, and Sasabe, AZ, about 50 miles south of Tucson, AZ, April, 2, 2006. This is the second Minuteman action Goldwater has participated in. He is positioning himself as the anti-illegal gubernatorial candidate in the 2006 election. Volunteers from the Minuteman Project have set up lines of observation posts on remote county roads in the desert southwest of Tucson to monitor the area for illegal immigrant traffic. On Saturday night, the first night of the action, Minuteman volunteers spotted more than 50 illegal immigrants and claim their tips to the US Border Patrol led to the apprehension of at least 16 of those immigrants. Photo by Jack Kurtz 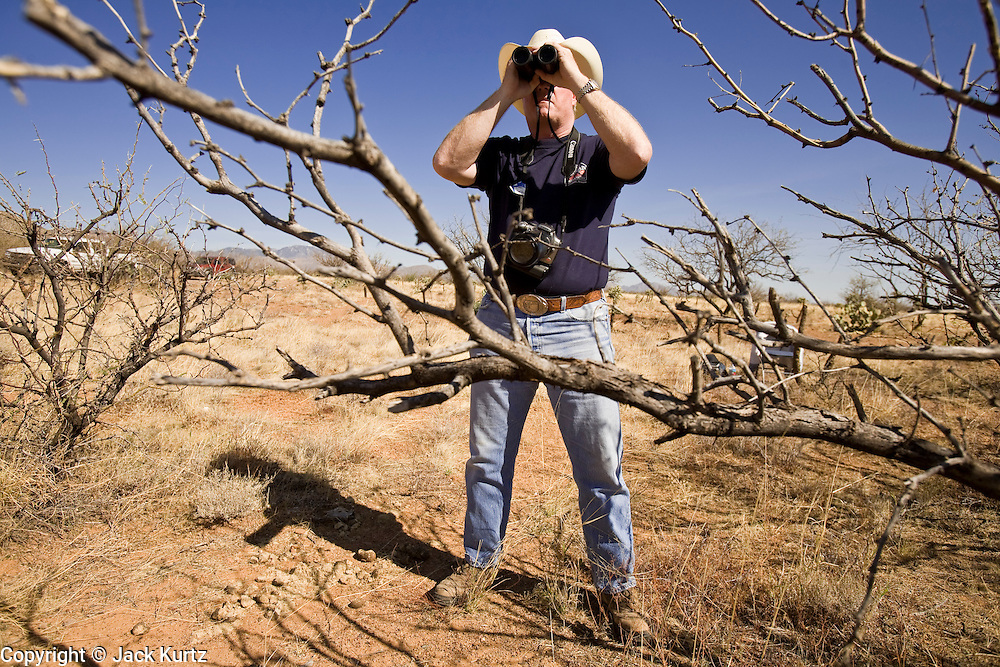