07 AUGUST 2014 - BANGKOK, THAILAND: A woman and her child carries a sack of rice away from a food distribution at Pek Leng Keng Mangkorn Khiew Shrine in Bangkok. Thousands of people lined up for food distribution at the Pek Leng Keng Mangkorn Khiew Shrine in the Khlong Toei section of Bangkok Thursday. Khlong Toei is one of the poorest sections of Bangkok. The seventh month of the Chinese Lunar calendar is called "Ghost Month" during which ghosts and spirits, including those of the deceased ancestors, come out from the lower realm. It is common for Chinese people to make merit during the month by burning "hell money" and presenting food to the ghosts. At Chinese temples in Thailand, it is also customary to give food to the poorer people in the community. PHOTO BY JACK KURTZ 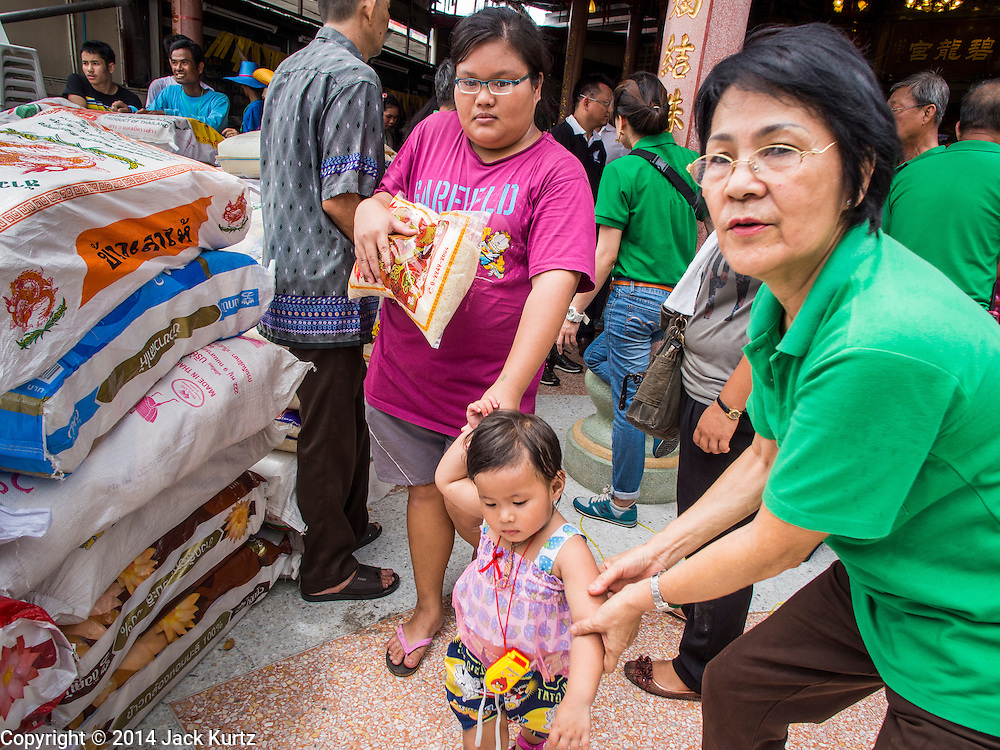