16 MAY 2011 - PHOENIX, AZ: About 200 people attended Congressman Ben Quayle's (R-AZ) town hall meeting in the Anthem neighborhood of Phoenix, AZ, Monday. Quayle, son of former Vice President Dan Quayle, was elected in the Republican tide that captured the House of Representatives in Nov. 2010. Quayle tried to run under a Tea Party banner. Most of the people in the crowd were hostile to Quayle and the GOP budget proposal that would change medicare to a voucher system and Quayle was shouted down several times when he tried to support the budget. Photo by Jack Kurtz 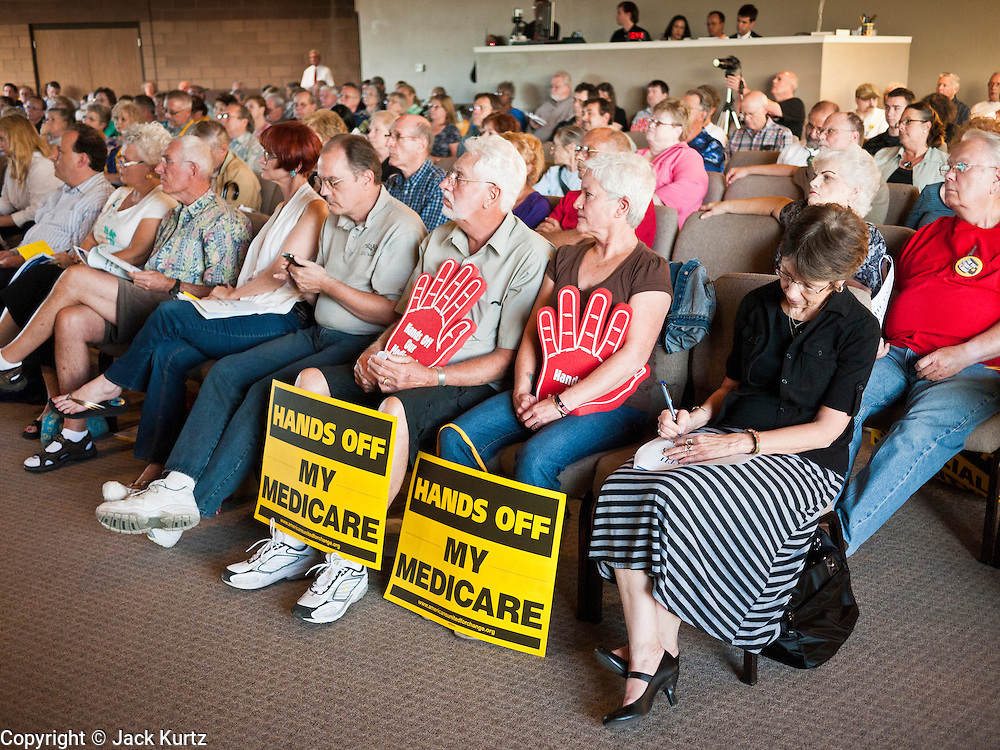