03 MARCH 2104 - MAE KASA, TAK, THAILAND: A Burmese snack vendor pushes his bicycle into the Sanatorium Center for Border Communities in Mae Kasa, about 30 minutes north of Mae Sot, Thailand. He sells traditional Burmese sweets to the patients. The Sanatorium provides treatment and housing for people with tuberculosis in an isolated setting for about 68 patients, all Burmese. The clinic is operated by the Shoklo Malaria Research Unit and works with several other NGOs that assist Burmese people in Thailand. Reforms in Myanmar have alllowed NGOs to operate in Myanmar, as a result many NGOs are shifting resources to operations in Myanmar, leaving Burmese migrants and refugees in Thailand vulnerable. Funding cuts could jeopardize programs at the clinic. TB is a serious health challenge in Burma, which has one of the highest rates of TB in the world. The TB rate in Thailand is ¼ to ⅕ the rate in Burma. PHOTO BY JACK KURTZ 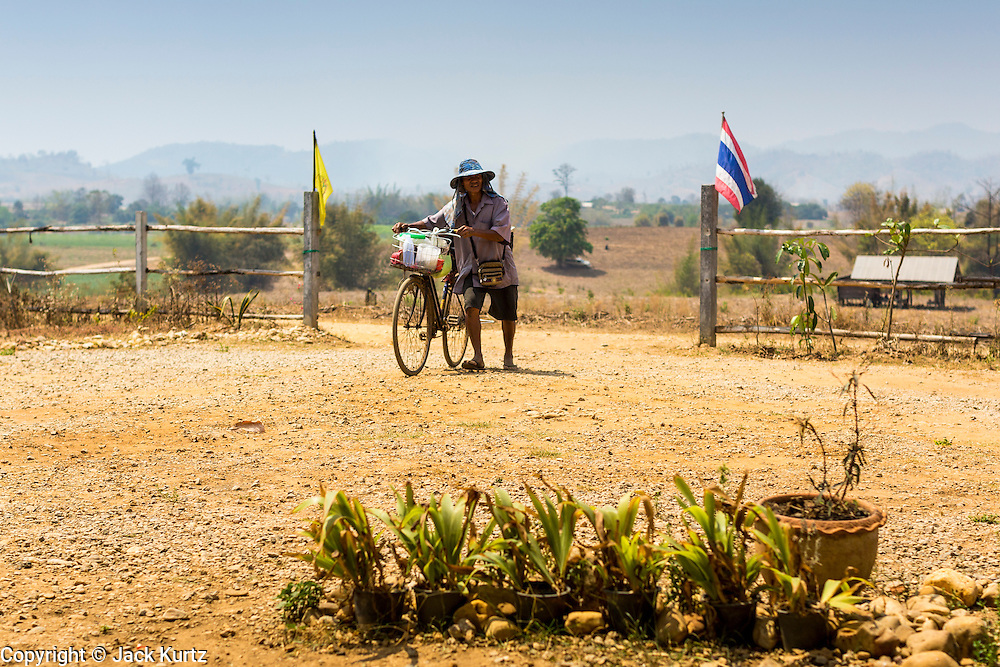