05 DECEMBER 2014 - BANGKOK, THAILAND: Thais look up to the hospital room of Bhumibol Adulyadej, the King of Thailand, while they hold up portraits of the King and wave Thai flags in the plaza at Siriraj Hospital to mark the King's 87th Birthday. Thousands of people jammed into the plaza hoping to catch a glimpse of the revered Monarch. He was scheduled to make a rare public appearance in the Grand Palace but cancelled at the last minute on the instructions of his doctors. He has been hospitalized in Siriraj Hospital, across the Chao Phraya River from the Palace, since early October. PHOTO BY JACK KURTZ 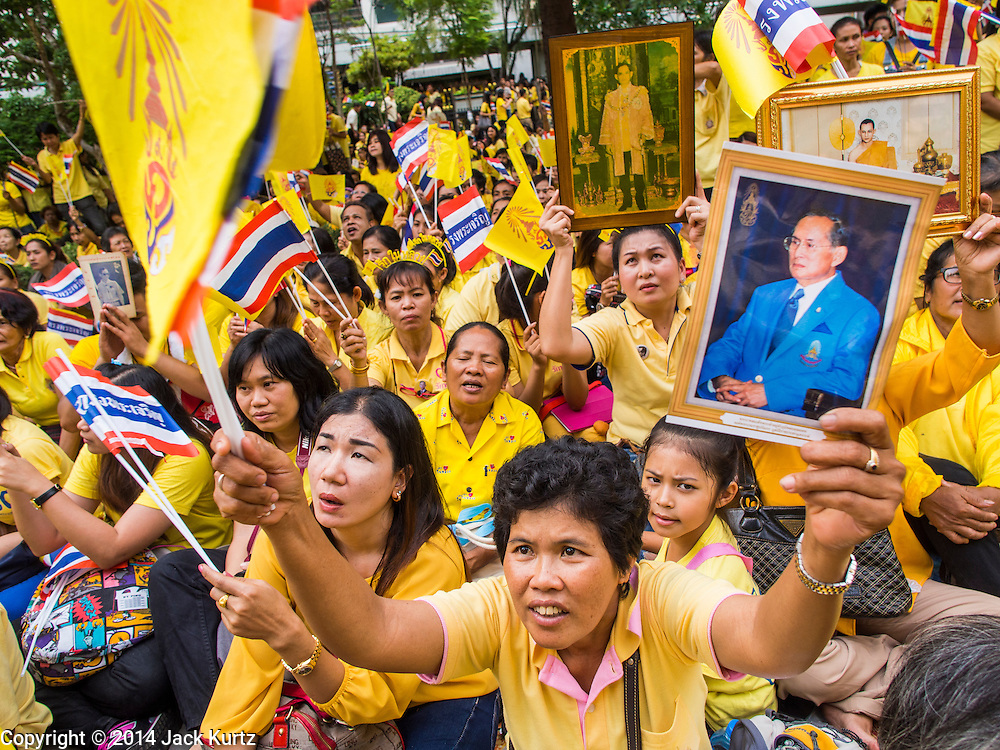