27 FEBRUARY 2012 - PHOENIX, AZ: Maricopa County Sheriff JOE ARPAIO talks about the new sign he unveiled at "Tent City" in the Maricopa County Jail system. The new sign announces the number of inmates who have "served" time in the county jail's tents. Sheriff Arpaio opened "Tent City" with surplus US Army tents from the Korean War in 1993. The tents, which are not air conditioned, house about 2,000 county inmates at any given time. Monday's announcement is the kickoff event of the Sheriff's celebration of 19 years of Tent City. The sign Arpaio announced Monday is based on the sign a popular fast food chain used to use to mark the number of hamburgers served. PHOTO BY JACK KURTZ 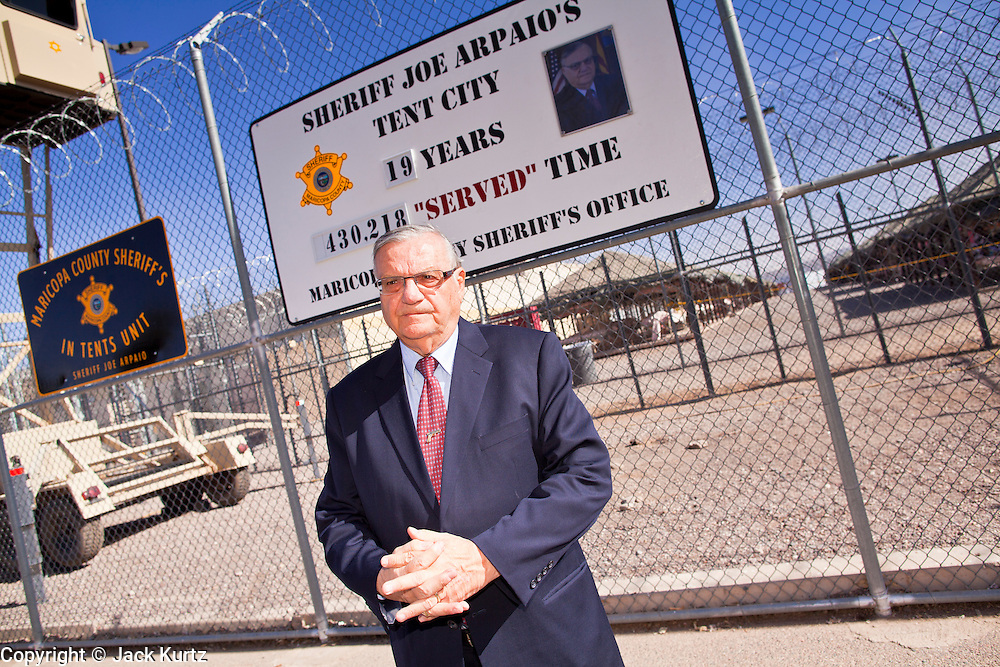