09 DECEMBER 2012 - BANGKOK, THAILAND: Thai college students pose for photos with anti-corruption mascots during an anti-corruption rally at the Bangkok Art and Culture Centre (BACC). About 1,500 Thai university students from 90 universities across Thailand attended the rally. The latest Corruption Perceptions Index survey by Transparency International listed Thailand at number 88 out of 176 countries surveyed. The level of corruption in Thailand is perceived to be on the same par as Malawi, Swaziland and Zambia. Thailand's ranking slipped from 80 last year. A series of surveys show that Thais increasingly view corruption as acceptable. A recent ABAC (Assumption Business Administration College, the forerunner to Assumption University, one of the most respected private universities in Thailand) poll reported that a majority (63 per cent) of Thai people hold the view that corruption in government is acceptable as long as they also benefit from it. A majority of young people under 20 now hold the same attitude. International Anti-Corruption Day has been observed annually, on the 9th December, since the passage of the United Nations Convention Against Corruption on 31 October 2003. PHOTO BY JACK KURTZ 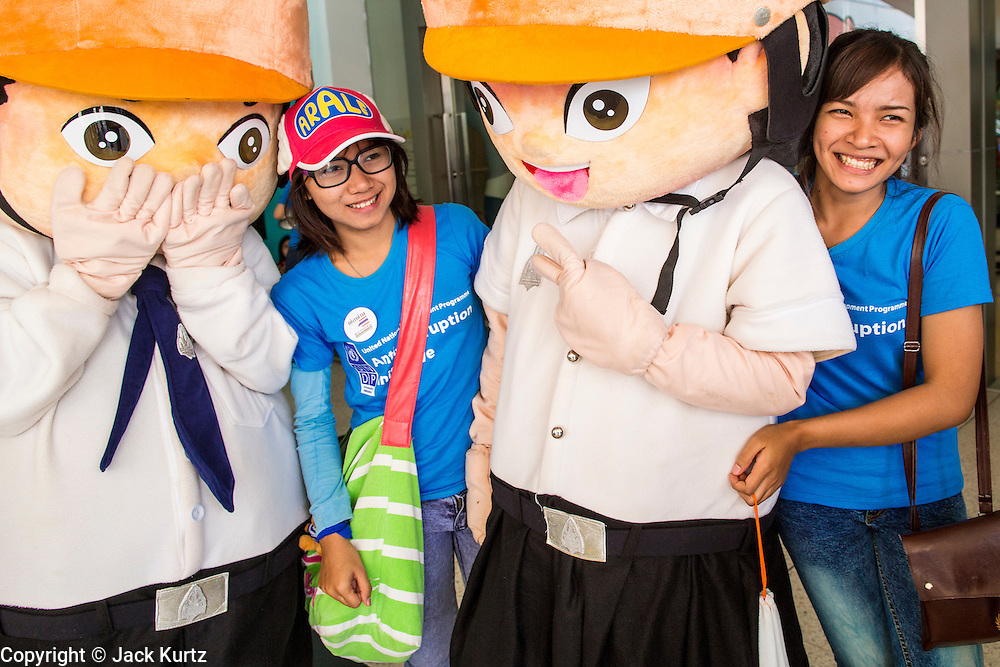