10 JULY 2013 - PATTANI, PATTANI, THAILAND: A woman drops her children off at a private Muslim school in Pattani under a billboard using Muslim citizens to Thailand to be peaceful. Many Muslim parents prefer to send their children to Muslim private schools because they are safer (public schools have been attacked by Muslim insurgents), the Muslim schools teach an Islam centric curriculum and teach what many in Pattani consider a more accurate version of Pattani history. PHOTO BY JACK KURTZ 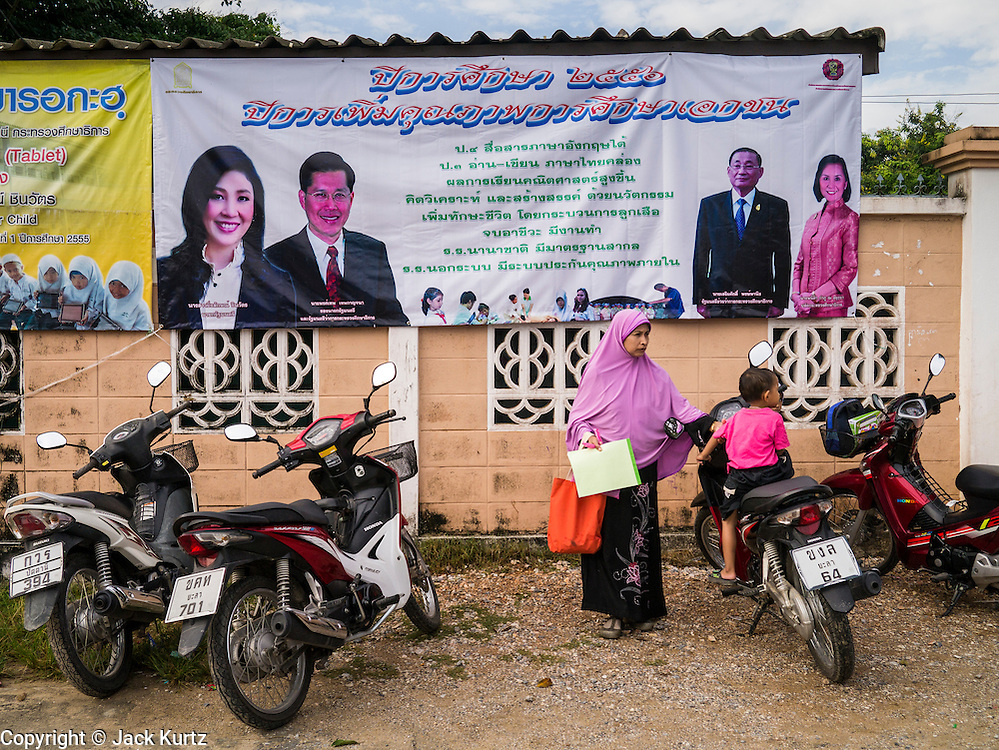